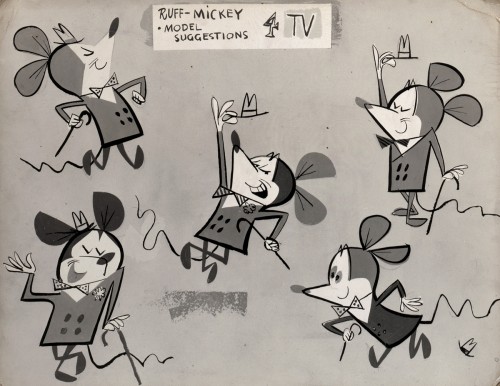 Anyone who is upset at the artistic license taken in representing Mickey Mouse in the new animated shorts should take a gander at this 1955 version of the classic character as envisioned by legendary Disney animator Tom Oreb.

Mickey was given this modern update for a Nash car commercial.

According to Cartoon Brew, Walt Disney stormed into the animation office after getting a letter from a kid about how awful it was to use Mickey Mouse in a commercial.

I wonder if that same unit was responsible for this comic strip featuring Mickey Mouse on drugs for a company called ‘Peppo’ selling amphetamine (aka speed). With Mickey popping up on food packaging, like Craisins, do you think Disney is doing a good enough job protecting his image today?