Of the four major theme parks at Walt Disney World, Disney’s Animal Kingdom usually has the most stable product assortment. The same T-shirts (“Is that you Tigger?” and cuddly stuff animals sell over and over again. That’s not to say there isn’t great merchandise there is. Most of it can be found in Harambe Village’s Mombasa Marketplace.

So here are a few of the new (to me at least) T-sheets that I think will be flying off the shelf. This one you wouldn’t know was a Disney T-Shirt if you didn’t know where you bought it. But that’s ok. You know and that’s all that matters. Another good looking Tee that isn’t immediately obvious as a theme park t-shirt. 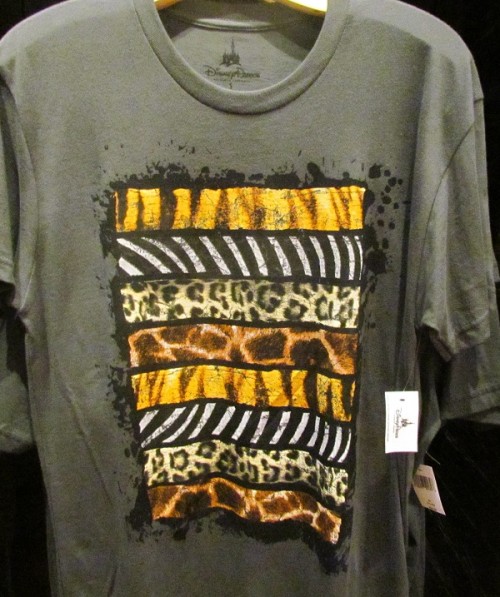 Okay, this one on the women’s apparel side of the shop is more blatant I really like this shirt and almost bought it myself. I just don’t wear a lot of black tees in the heat of Central Florida. Maybe if I was “Tigers” fan. 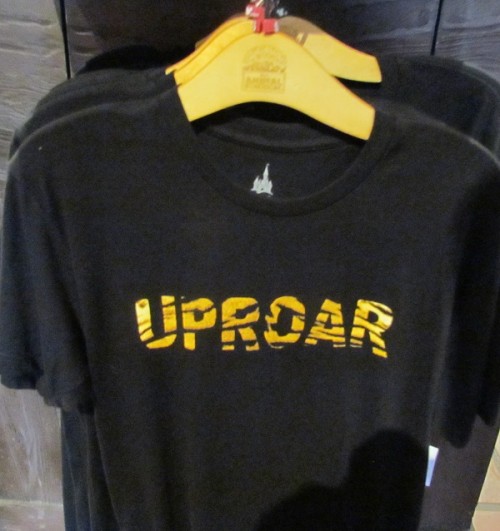 Finally, would you believe that these Mickey Mouse shoes are Crocs? 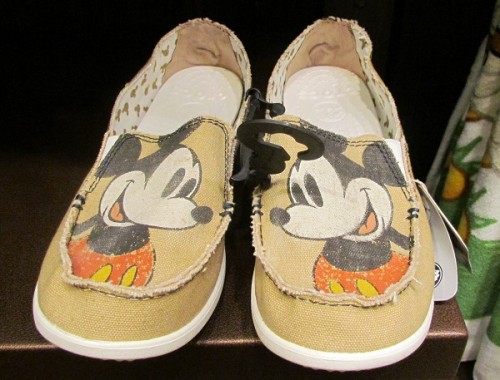 Do you buy T-Shirts when you visit Walt Disney World? If so do you wear them out and about when you get home?