Followers of this blog know that I keep an eye out for any new t-shirts Disney sells at the parks. They’ve actually been pretty good about releasing humorous or trendy graphics on a regular basis. Summer has always been a slow time for new releases, but like a charm, on my first post summer visited I spotted these three new t-shirts.

The first appears to be an import from Disneyland with an unfortunate message. The whole thing of ‘it’s a small world’ is the possibility of world peace, and yet, Disney’s t-shirt team wants you to conquer the ride. That’s a bit to war-monger-y for me. A better word would be ‘survived.’ 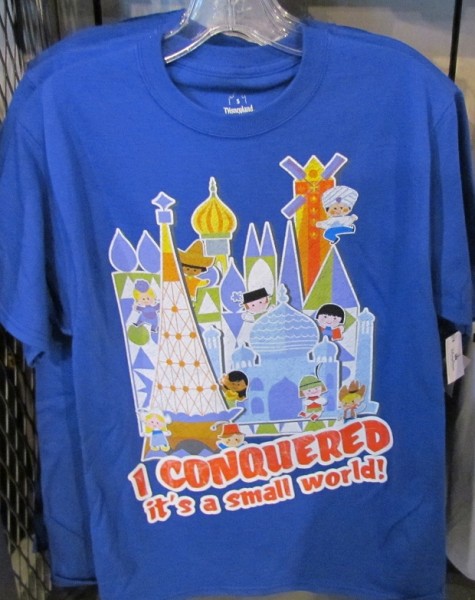 This next shirt would look a lot better if the earful tower was there instead of that awful hat.

Also, isn’t the grunge look a bit passe these days? Finally, I really like the unique idea of this shirt. The Mickey on the shirt looks and feels like it’s made out of masking tape. I’m not sure why Mickey is so angry though. 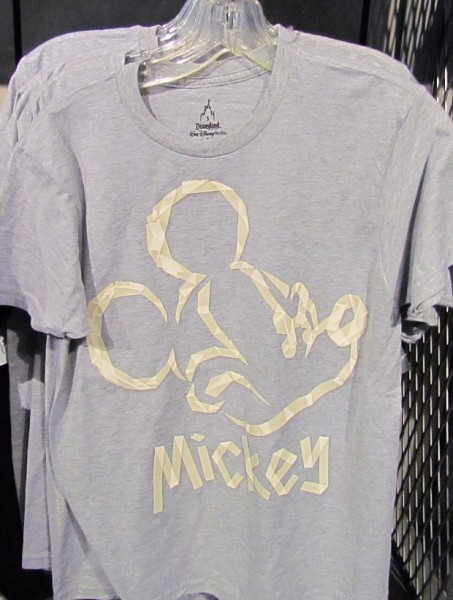 What do you think? Which one was your favorite?