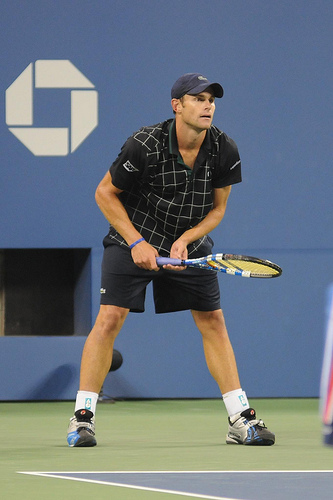 Orlando tennis fans get out your checkbooks for a good cause. Former world No. 1s Venus Williams and Andy Roddick will headline the Mylan WTT Smash Hits charity night of tennis co-hosted by longtime friends Sir Elton John and Billie Jean King on Sunday, Nov. 17 at the HP Field House at ESPN Wide World of Sports Complex at Walt Disney World Resort near Orlando, Fla. The event is hosted locally by Robert and Tricia Earl.

Last year’s Mylan WTT Smash Hits in Pittsburgh raised a record $1 million, bringing the 20-year total to more than $11.5 million for the Elton John AIDS Foundation (EJAF) and various local AIDS charities since 1993. This year’s 21st annual event will benefit EJAF and the Hope and Help Center of Central Florida. A portion of the funds raised at the pre-match VIP Reception and Auction will be specifically targeted for local programs.

“For more than 20 years, Mylan WTT Smash Hits has been one of the most rewarding and meaningful events in tennis,” said King. “Having both Venus and Andy as part of this year’s event and returning to the Orlando area will help us continue the momentum we set with last year’s record-breaking event.”

“It is always such a great pleasure to co-host this wonderful event with my dear friend Billie Jean King,” said Sir Elton John. “I’m so pleased that we will be teaming up with the Hope and Help Center of Central Florida to raise awareness about the continuing challenges of the HIV/AIDS epidemic both locally and nationally and to raise urgently needed dollars for community-based HIV prevention, education, treatment, and care services. I urge all of the tennis fans and concerned citizens in the Greater Orlando area to support this event and bring their families for a wonderful evening of tennis for a great cause.”

Tennis action is set for 6 p.m. ET with the pre-match VIP Reception and Auction kicking off at 4:30 p.m. 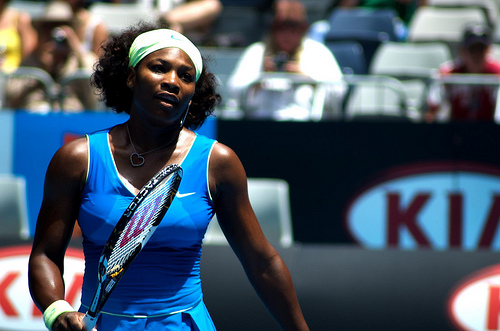 Mylan CEO Heather Bresch said, “Mylan is excited to be sponsoring Smash Hits for the second year in a row. Mylan’s mission is to provide the world’s 7 billion people with access to high quality medicine. By partnering with WTT and the EJAF, we are able to help raise funds in direct support of this mission. Further, as a leader in providing affordable treatment for HIV/AIDS, this is a cause close to our hearts and we look forward to another great event.”

Tickets for Mylan WTT Smash Hits go on sale at 10 a.m. ET on Monday, September 9. All seats are reserved and range from $50-$125. Order tickets through www.WTTSmashHits.com. For group sales of 10 or more tickets, call (407) 574-2599. For a special presale offer, fans can sign up by clicking here.

Special VIP ticket packages, including VIP courtside seating and admission to the VIP Reception and Auction, will also be available for $500 and will directly benefit the Hope and Help Center. John, King and all players will participate in the pre-match live auction, which will include an Elton John signed piano bench and King’s Wimbledon tickets among other items. To buy VIP ticket packages or for more information, call (407) 574-2599.

Roddick, who is playing in his 9th Smash Hits event, is a former world No. 1. Roddick won 30 singles titles on the ATP World Tour, including the 2003 US Open and was ranked in the top 10 for nine consecutive years. In 2001, Roddick started the Andy Roddick Foundation (ARF), a charity dedicated to improving the quality of life and enhancing educational and economic opportunities for all children based on the principles of respect for family, education and morality. Along with Williams, Roddick joined the World TeamTennis ownership group in May 2013, and helped lead his Springfield Lasers to the 2013 Mylan WTT Finals.

Williams participated in her first Smash Hits in 1997, the only other time the event was held at Disney. The 4-time Olympic gold medalist has also won 44 career singles titles on the WTA Tour, including five Wimbledon singles championships. Williams is a long-time supporter of Mylan World TeamTennis and a member of the 4-time champion Washington Kastles.

King and John have split the two-decade series with 10 wins each. King’s squad bested Team Elton last year 19-17 in Overtime.