Disney Infinity is Now Available, Here’s What you Need

Editor: Please welcome a new guest author Jeff H. who will be covering the Disney gaming beat for us. 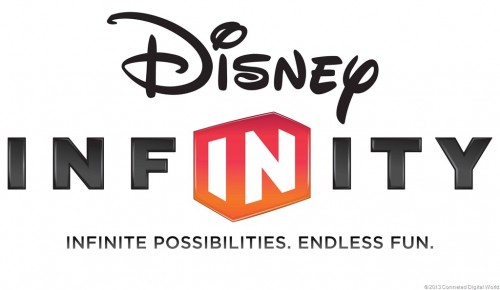 Disney is betting big on Disney Infinity. The game/collector’s set came out this past Sunday along with rave reviews from the web’s top video game sites. I received my copy Monday and have had a few hours to mess around with it. Here are my impressions as well as a few tips for those who want to get into the magic and a warning for those who are overwhelmed by your options.

The first thing I noticed when booting up Infinity was just how slick of a production the opening tutorial is. It feels like something straight out of Epcot, taking the player on a journey from idea to fantasy, while teaching you how to play the game. The tutorial is slow paced, and will prepare you for anything you will come across in adventure mode. 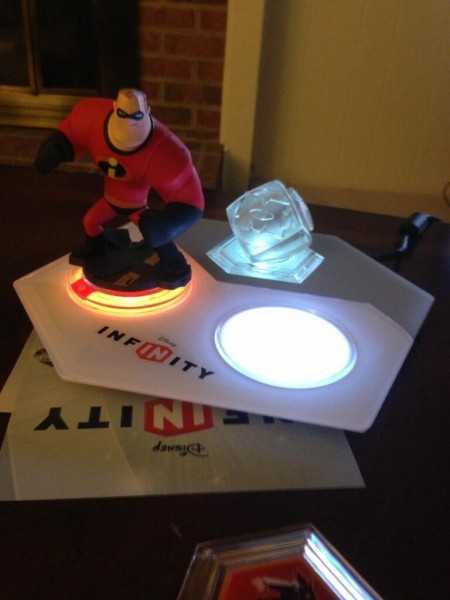 After the tutorial, I was dropped into a pre-made Disney Infinity Toy Box. This is what I was most excited for, since it is like a Minecraft style canvas where I can build whatever I want. With the Toy Box, you have an area where you can place your toys into the world. For example, you can use your toys to make a racetrack or a hedge maze. You begin with a fair amount of starter toys, but there are more waiting to be unlocked. I can’t wait to unlock Spaceship Earth and begin building a mini version of Epcot. There is also a programming framework to allow the player to control how the toys behave.

The game has mini-adventures depending on the character you are using, and supports two different characters in the Toy Box at the same time. However, this is not the case for playing within a certain universe. For example, Jack Sparrow cannot come into the Incredibles’ universe, nor will you see Mr. Incredible attending Monsters University. I played through most of The Incredibles story last night, and it was an enjoyable open world game with small objectives to progress the story.

So that is the game part of Infinity, and that is only half of what is going on. The first thing you will notice in the store is that Infinity’s box is bigger compared to the other games. This is because it has to hold 3 figures (Mr. Incredible, Sully, Capt. Jack Sparrow), an adventure figure (to access play sets for The Incredibles, Monsters University and Pirates of the Caribbean), a randomly selected power token that provides gameplay bonuses and the Infinity base. The base will plug into your game system, and to change characters you physically put the character you want to play as on the base (those familiar with Skylanders will understand this concept). To play the aforementioned Incredibles story, you place the adventure figure on the base to access it. The power token I received was for Cinderella’s carriage, so I put that on the base and it was unlocked in the Toy Box.

Along with Infinity, there are three types of optional extras you can buy. Character statues, play sets, and power tokens. This is the most important thing I can stress to those buying Infinity to play together with someone, or for kids to share: to play together anywhere but the Toy Box, you will need two characters of that universe. So despite owning four character statues, my wife and I could only play as Mr. and Mrs. Incredible in their universe. Figures are suggested at $12 each or $30 for a pack of 3. To get the full experience, I would suggest picking up the Sidekicks Pack (Mrs. Incredible, Mike, Capt. Barbosa) or the Villains Pack (Davy Jones, Randy, Syndrome).

The second type of extra merchandise that works with Infinity are known as play sets. There are only two out right now: Cars and The Lone Ranger. These have stories like the main game and can only support the characters from that universe. You can spot the play sets as they come with two characters and an adventure figure. These have a suggested retail price of $35 each.

Finally, there are blind pack power tokens. Disney loves their blind packs if Vinylmations and pins are any indication. Power tokens are used to unlock toys or power up your characters. There are 20 in the first wave, and come two in a pack. The power tokens are going to be my monetary black hole, I can feel it. A pack of tokens are $5 each, and Toys R’ Us have specially marked packs.

Update: some platforms have certain limitations, so read all the details before purchasing if you have multiple game units at home.

There you have it, all the information you need to get started playing with Disney Infinity. Overall I think it is worthwhile, but I wish there were more sets that reflect my era of Disney since everything is geared towards Pixar or modern day Disney. I think I will get a lot of use out of the Toy Box, but I can see that there is a major time commitment to get out of it exactly what I want.

Jeff’s gaming obsession was augmented by his wife’s Disney obsession. He is currently holding his breath for a Peoplemover toy for Infinity’s Toy Box. Jeff is a regular contributor to Save Game, so feel free to read more of his rambling there.