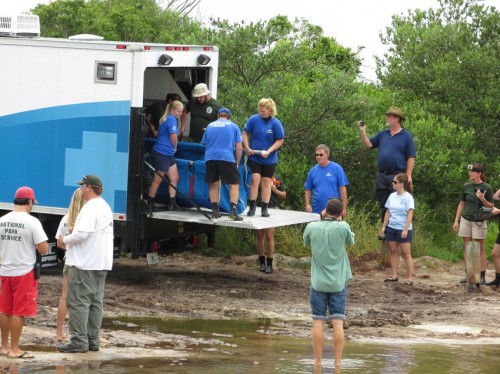 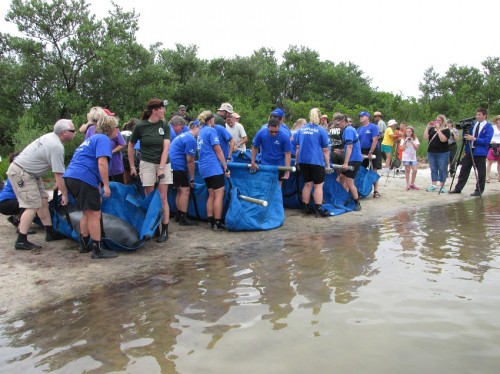 The release happened very quickly. Four teams carried the manatees in their “stretchers” into the water and the manatees rapidly swam away. However, after swimming a few yards one of the manatees turned around and came up a little out of the water, as if saying goodbye and thank you to the team that helped save her. 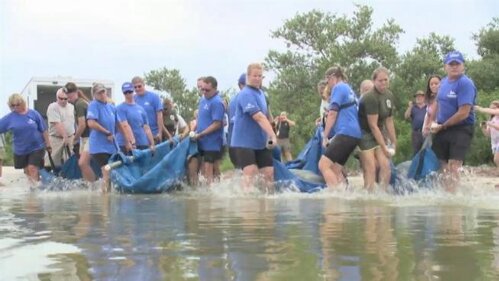 SeaWorld’s marine animal rescue program is just another reason for you to support the company with a visit on your next trip. In collaboration with the government and other members of accredited stranding networks, SeaWorld Parks & Entertainment operates one of the world’s most respected programs to rescue ill and injured marine animals, with the goal to rehabilitate and return to the waters. SeaWorld animal experts have helped more than 22,000 animals in need – ill, injured, orphaned and abandoned – for more than four decades. So far this year, SeaWorld Orlando has rescued 13 manatees and returned seven after today’s return.