Videopolis: Rewind The Magic – A Magic Kingdom Day in Reverse 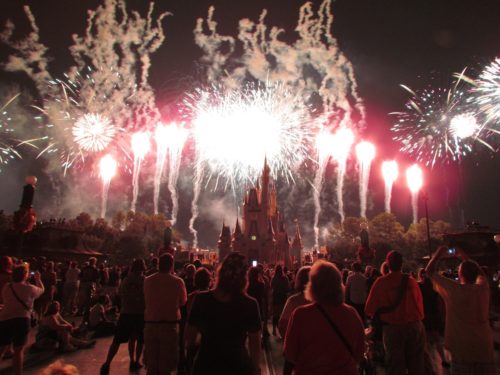 Have you ever had such an amazing day at Disney that you wished you could hit rewind and do it all over again? This video was inspired by many happy memories at the Happiest Place On Earth. I knew exactly what I wanted in the video and shot it over 6 different visits to the Magic Kingdom at Walt Disney World resort in Orlando, Florida. I used my iPhone 5 almost exclusively besides some of the Wishes fireworks which I shot with my boyfriend’s Sony. I wrote the music myself on Logic Pro. The 2 varying sounds represent the wonder of what will be & the remembering of what was.

Magical, don’t you think? Reminds me a bit of my Expressions series. Nicole also says this is the first in a series of Rewind The Magic videos, I look forward to seeing them all.