We just posted our construction update for the Seven Dwarfs Mine Train that featured the completed track, a few themed elements, and a lot of exposed steel. Now Disney’s Imagineers have taken possession of the first car destined to roll across those tracks.

It’s still awaiting a coat of paint and a few other themed elements, but here’s the first car for the one-of-a-kind of roller coaster that Seven Dwarfs Mine Train will bring to New Fantasyland. 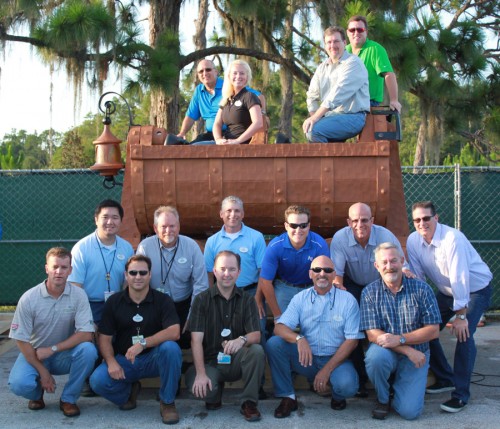 I wish we could see another angle of the car to get a sense for how wide it will swing. But we can pretty clearly see that it will seat four, which means a train of five would seat 20 guests, six would seat 24, etc..

Previously we did get to see a visualization of how the swinging process would work:

The coaster itself is scheduled to open in 2014. No word on when on track testing will begin and we really get to see the coaster in action!