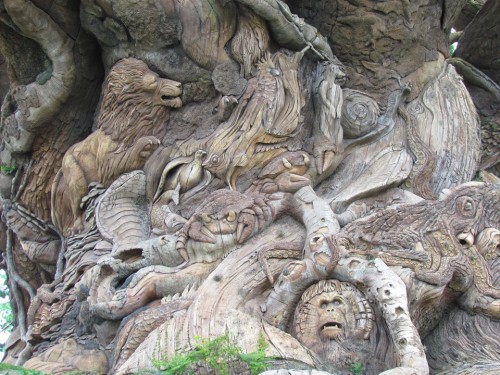 Truth be told, it’s been too long since I made it back to Disney’s Animal Kingdom. Different than other Disney theme parks in that the theme of nature inspired the Imagineers to create one of the most beautiful theme parks anywhere. There are always myriad little changes making it difficult to remember when some of the more major changes were made.

I do my best in this latest photo update but first your moment of theme park zen, a mother and son White Rhinoceros play on Kilimanjaro Safari 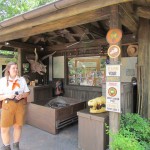 As you may have heard the Wilderness Explorers game is now open. We found it a fun scavenger hunt, worth repeating. 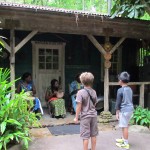 The Wilderness Explorer game has added many more cast members to the park, including these three which make you dance for your badge 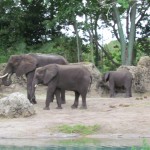 The baby elephants are really beginning to grow. It looks like the savannah needs to be replanted. It’s mostly just bare dirt these days. 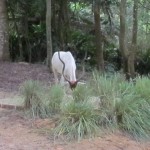 The Appax, a white antelope, has moved into the space designed for the Zebras, who have been moved back to the reserve savannah. Let’s hope the Appax don’t experience the same illnesses the Zebra did 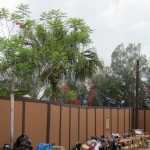 Word leaked that Festival of The Lion King will continue playing in Camp Minnie Mickey until the new location is ready. Construction pictures won’t be that exciting as the walls pretty much block everything. 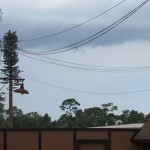 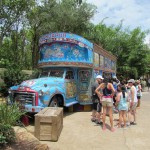 The Ice Cream bus in Asia has been fixed up and its parking space expanded. It looks good. 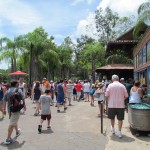 As you can see here, it blocks a lot less traffic now too. Much appreciated as it does get congested around Expedition Everest. 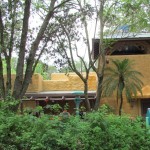 The Magic Kingdom gets Tangled themed bathrooms and Animal Kingdom just gets a new color. I liked it better when it was blue. These blend in more.

The last we’ve heard about Avatar-land was that no formal design has been acceptable to all parties. So they’ve decided to wait until after the first sequel hits theaters in 2015 to begin serious construction. This means nothing will open until 2017 sometime. That’s if they decide to move forward with Avatar-land at all. I believe they are serious about trying to make it work.

Thanks for joining me on this quick journey through DAK. I may be in the minority, but I am looking forward to the upcoming changes. How about you?