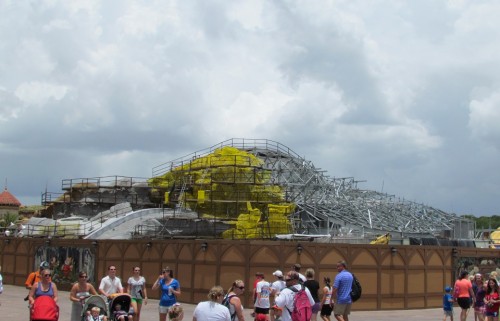 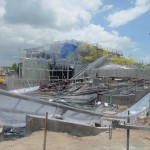 Now that the final piece of track has been added they can start on the themeing on this side. 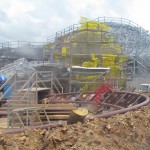 I like the half-logs being used as rail road ties here. Also note the jig used to test the layout of the track. 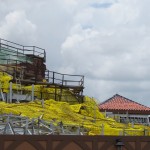 More of the underlying structure beneath the faux rock work is going on. 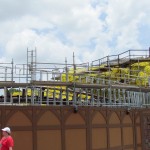 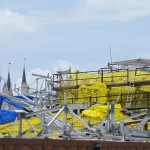 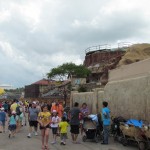 A look down the backside of the mountain as it nears completion.