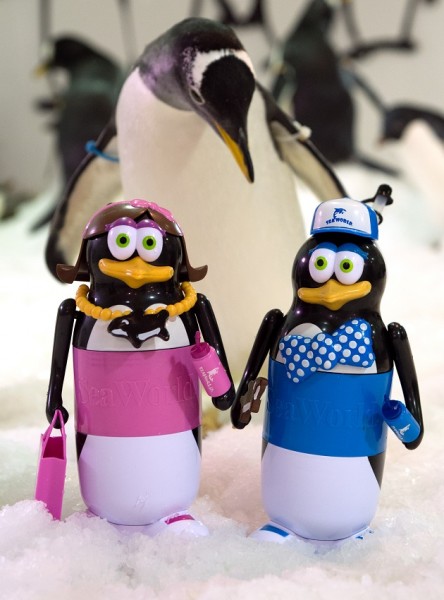 One of the hidden treasures of the new Antarctica opening at SeaWorld Orlando is a conservation-minded program that let’s you interact with Coca-Cola freestyle machines in the area to see how big an impact your drink refills are making on the environment. The Cup That Cares – a reusable cup initiative – encourages guests to help the planet one refill at a time in a cup they create themselves when visiting the realm.

SeaWorld also collaborated with Coca-Cola to create a new custom coca-cola flavor served up only at Antarctica – South Pole Chill. I had a number of cups and enjoyed the light vanilla flavor served without any of the dyes that add color to normal colas.

Here’s a quick video introduction to the Cup That Cares program:

The new Cup That Cares engages guests in a personalized manner to reuse materials and reduce their carbon footprint. An RFID chip embedded in each Cup That Cares interacts with software at Coca-Cola Freestyle dispensers to calculate and tell guests how they are being more environmentally responsible by choosing to reuse.

Plus, SeaWorld will donate $1 from each Cup That Cares purchase to the SeaWorld & Busch Gardens® Conservation Fund, a not-for-profit foundation that helps protect wildlife around the world. 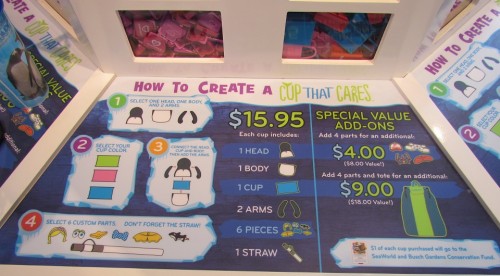 “Just as penguins do within their colonies, humans also can band together to make a big difference through small actions,” said Dan Brown, Chief Operating Officer of SeaWorld, Discovery Cove and Aquatica Parks. “We see great potential with this new program because it encourages guests to be more aware of their actions – and reduce their carbon footprint — in an easy, fun and innovative way. Each step may be small, but it all adds up when we work together.”

Technology embedded in the Cup That Cares calculates the amount of CO2 each guest saves from entering the atmosphere when they choose to reuse the cup for refills at Coca-Cola Freestyle machines in Antarctica: Empire of the Penguin. With each refill at the designated machines, exclusive software developed by Coca-Cola and SeaWorld serves up an onscreen message that is customized to that guest’s Cup That Cares history. The message thanks the guest for choosing to reuse, tracks how many refills the Cup That Cares has been used for, and calculates the running total of CO2 the guest has saved from entering the atmosphere. 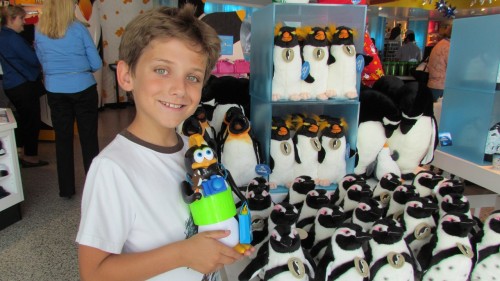 There are two options, both available exclusively in the new Antarctica: Empire of the Penguin attraction at SeaWorld Orlando:

Cup That Cares souvenir reusable cup – available at the two beverage stations inside the attraction for $9.99 – is adorned with photos of Puck™ and his penguin family. Puck is the hero penguin character featured throughout the new realm,

Does building your own refillable Penguin Cup That Cares on your next SeaWorld visit interest you?

previousThe Top Ten Most Common Disney Questions I Get.
nextComposing the Theme Song for ‘Mickey and the Magical Map’