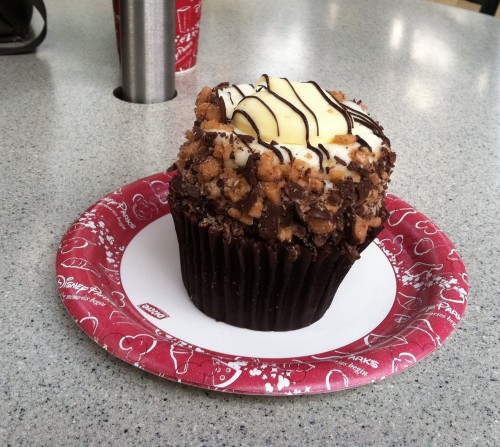 Unlike a lot of cupcakes sold at Walt Disney World, this one isn’t so sweet that you can’t taste the actual flavors, which is great because the red velvet base of this cupcake comes with a cream cheese center that’s topped with delicious cream cheese frosting.  These cupcakes will sell out early, so make sure you pick one up before early afternoon.

Brought back by retro-loving Imagineers, the Citrus Swirl is one part frozen orange juice and one part vanilla soft serve. Separate, they’re nothing to write home about, but together they’re truly something special. Warning: The Citrus Swirl is responsible for more “ice cream” headaches than any frozen treat in the known universe.  Proceed with caution. Delicious, delicious caution.

You can enjoy this pineapple soft serve treat alone, with pineapple juice added, or swirled with vanilla ice cream. It’s a less tart, slightly sweeter version of the Citrus Swirl, and the long lines you’ll encounter every day of the year attest to its status as an iconic Disney treat.  A must do, even if just once. 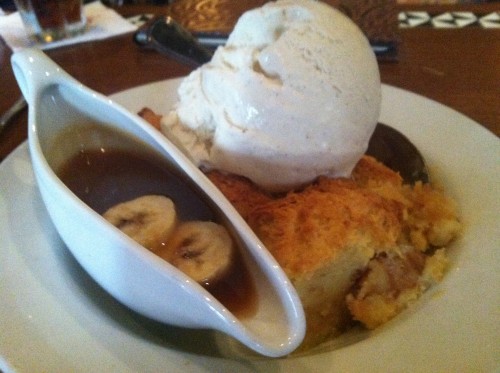 7.  The Bread Pudding at Ohana.

I have one complaint about Ohana, which is that everything is pretty sweet, starting with the bread and ending with the shrimp they generally serve last, so you’d think I’d be done with sugar by that point. Not so fast. The bread pudding at Ohana is heaven on a plate and to guild the lily just a bit more, they top it with caramel and vanilla ice cream. Divine.

Not just candied, but covered in chocolate, caramel and nuts, these treats are almost too pretty to eat. You can ask to have it cut up when you order it, but what fun is that? 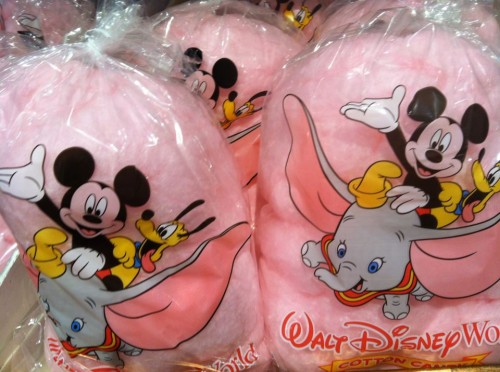 5.  Cotton Candy from the Main Street Confectionery in the Magic Kingdom.

Sure, it’s just spun sugar and food coloring, but there’s something especially fun about returning to this childhood treat.

It’s pretty much impossible to narrow down a favorite treat at this shop in Epcot’s Germany pavilion, where just standing inside can give you a sugar rush. Sweet, buttery, and just a little salty. That’s really all you need, right? Well don’t stop there because you can get it covered in nuts, chocolate, even slathered on buttery shortbread.  Save those snack credits for this shop because without them, it’s somewhat pricey.

3. A funnel cake from Sleep Hollow in the Magic Kingdom or the American Adventure in Epcot.

Like cotton candy, a funnel cake is a throwback to county fairs and being a carefree kid. These funnel cakes are sweet and crispy with a tender interior, covered with powdered sugar or fruit. They’re huge, so they’re also an inexpensive treat for two or three.

You can get a Mickey Bar, which is a chocolate-covered vanilla ice cream bar, everywhere on property. At less than $4, it’s an inexpensive treat that will allow you to ponder that deep eternal question: Which ear to bite first? 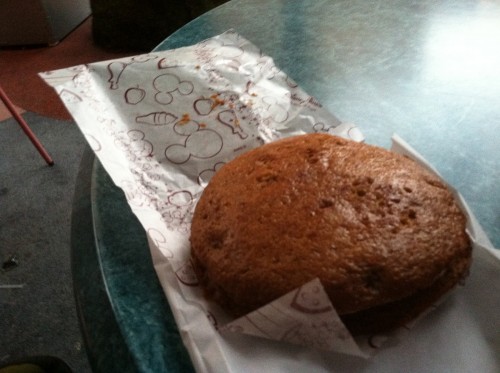 1.  The Carrot Cake Cookie from The Writer’s Stop in Hollywood Studios.

It’s not pretty, but with a substantial dollop of cream cheese frosting sandwiched between two soft carrot cake cookies, this cookie has achieved cult status among Disney fans in the know and is my top choice for a sweet treat in Walt Disney World.  It’s huge, so plan on sharing it with a friend. Oh who am I kidding? Keep it for yourself. You deserve it.

I’d love to know what your top sweets are. Are yours on this list or do you have a sleeper treat you’d like to share with the rest of us?

15 thoughts on “Top Ten Ways to Get Your Disney Sugar Rush.”