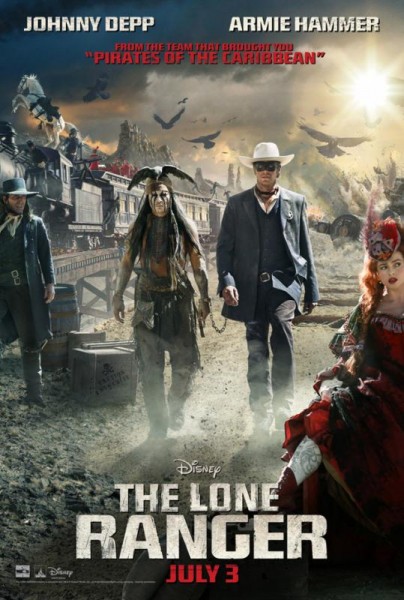 “We’ve had a terrific collaboration with the Native American community throughout the production of Disney’s ‘The Lone Ranger,’” said Alan Horn, Chairman of The Walt Disney Studios. “With the world premiere of this exciting film at hand, we are pleased to commemorate the occasion by supporting the American Indian College Fund.”

Produced by Jerry Bruckheimer and directed by Academy Award winner Gore Verbinski, “The Lone Ranger” is a thrilling adventure infused with action and humor, in which the famed masked hero is brought to life through new eyes. Johnny Depp stars as a newly imagined Tonto and Armie Hammer plays the masked lawman himself—the Lone Ranger.

Tickets for the premiere event have been donated by Disney to the American Indian College Fund, which will offer them for sale to the public; tickets will be available for purchase at https://community.collegefund.org/the-lone-ranger, starting today. Because Disney is also underwriting the entire cost of the premiere, 100% of the revenues received by the American Indian College Fund for the tickets will be used for scholarships and other support for Native American students. Tickets are priced at $1000.

Fund President, Cheryl Crazy Bull, stated: “The Fund is pleased to be the beneficiary of this event because our scholarships are an investment in a healthier, more prosperous future for tribal students and their families. We are poised to serve over 20,000 American Indian and Alaska Native students attending the tribal colleges across this country. Currently our scholarships serve less than 21% of those students so we appreciate any opportunity to bring resources into our scholarship program.”

Don’t feel bad if you can’t secure a ticket, Time Warner Cable, a title sponsor of the world premiere of Disney/Jerry Bruckheimer Films’ “The Lone Ranger,” will stream the event LIVE from Disney California Adventure Park.