Last weekend I was taking some friends from out of town to Gatorland. There was a film crew walking around the park all day picking up shots. They filmed baby gators, gator wrestling, and even went on the otherside of the gates for a close encounter with a giant sleeping gator. Of course, that gator only had one eye closed. Luckily, I had my camera handy and was able to capture this great moment in TV host history: 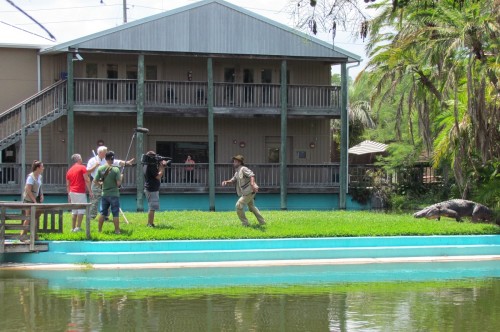 To be fair, he really wasn’t in any danger. But you should have seen him jump when his camera man told him that big beast was on the move.