Child clocked by Disney Dancer in Parade, Gets Black Eye 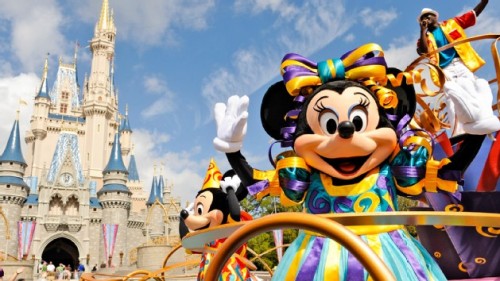 One of my favorite entertainment elements at the Magic Kingdom is the “Move it, Shake it, Celebrate it Street Party.” The key word in that title is ‘street’ as unique to any parade, guests are invited into the street to dance with Disney characters and performers for a section of the parade stop. It’s a great moment and generator of many a favorite memory over the years since it opened.

However, for one family, “Move it!” was the scene of a scary moment when their daughter was accidentially elbowed in the face and given a black eye. Local news station WESH has the video along with comments from the family and Disney.

Frankly, I’m surprised incidents like this don’t happen more often. The hub gets very busy during the street dancing portion and the dancing is often very energetic. That said, I don’t want this parade to go anywhere. A few instances of black eyes or sprained ankles is not so bad that the rest of the guests enjoying it should have to suffer.

2 thoughts on “Child clocked by Disney Dancer in Parade, Gets Black Eye”