A Visit to Planet Hollywood I’ve lived in Central Florida for 8 years now and visited Walt Disney World a few times over the years before that, but I never visited Planet Hollywood in Downtown Disney. Now that we’ve heard it’s going away in the Disney Springs makeover for Downtown Disney, it was time to go.

My review below the jump:

Walkups are accepted, but I recommend securing a reservation for the busy dining times. Actual seating is upstairs in a multi-level ampitheater of movie memorabilia and noisy crowds. Frankly, it’s the last element that has kept me away from Planet Hollywood all these years. I wanted to see the decor, but not so much that I wanted to endure the crowds.

To help dull the noise, I chose to start with one of their fancy drinks, all cleverly named after movies. I had the Inception, which came in a blinky cup. I could have had a Terminator or Dark Knight. I don’t think it would have made a difference.

We also ordered the VIP platter sampler appetizer. I found the Texas Tostadas to be surprisingly good and the chicken items were decent. The spinach dip wasn’t my thing, a bit too heavy on the spinach for me. This is a good deal if you can’t decide what to get. It would easily satisfy a party of 5 or 6. 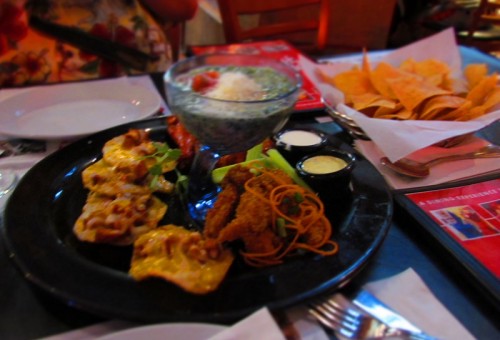 My main course I selected the crab cakes. They were perfectly cooked, served with a large portion of potatoes and veggies, which I appreciated. The crab cakes themselves were tasty, but not remarkable. That describes the other dishes sampled by our table. 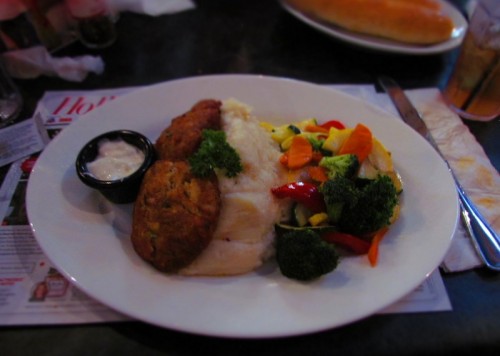 But really, you don’t come to Planet Hollywood for the food. It’s good enough, but the decor is amazing. We spent most of our dinner looking around trying to identify what movie a prop or costume came from. For Disney Fans, there are a considerable number of items from our collective youths. 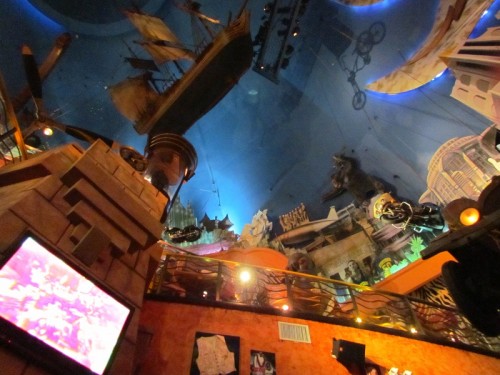 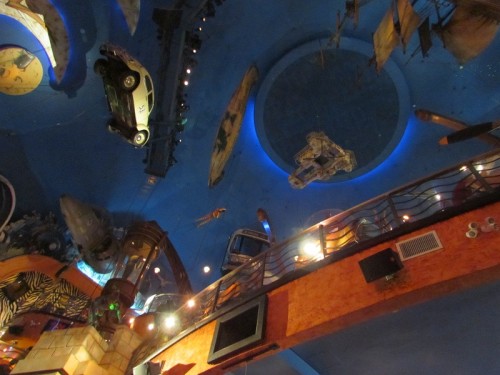 My verdict, I shouldn’t have waited so long to visit. The crowds were bad, particularly when the large tour groups were seated — everything jumped up a notch on the dial. As we were leaving they even added a DJ to the mix. So if that’s your thing, make sure you visit Planet Hollywood during prime time. Otherwise, try visiting off-hours, enjoy good food and large portions then take in all the sights and memorabilia.

5 thoughts on “A Visit to Planet Hollywood”