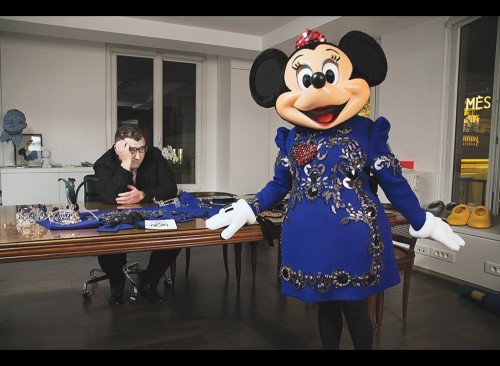 For Disneyland Paris’ 20th Anniversary Fashion Designer Alber Elbaz was asked to give Minnie Mouse a makeover and a new modern style. They released this video last month as part of the promotion.

What I like about this is that it’s not the skinny Minnie we saw as part of the Barneys show. I do think it’s a bit out of character for Minnie to go so high fashion as a bespoke outfit. She’s always represented a fashionable, but thrifty, ideal to me. In this time when so many families are counting their pennies, it would make more sense for her to be working with JC Penney’s or Mervyn’s where families can stretch those dollars farther. I know that doesn’t make much sense for Disneyland Paris, but it makes more sense for Minnie Mouse.