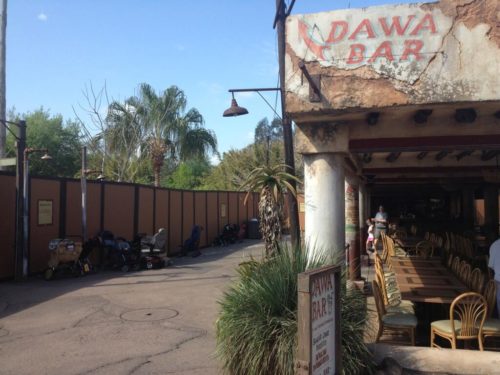 Construction walls have appeared in the corner of Africa in Disney’s Animal Kingdom where the show building and facilities for the park’s popular show Festival of the Lion King will be moving. In January, we reported on leaked plans for the move, but saw little indication of when the move would start until yesterday when the walls went up. There is a set of walls leading down from the Dawa Bar area to the old check in area for Wild Africa Trek.

A second set of walls have gone up on the bridge to Africa. That’s going to make tracking progress of the construction in the area pretty difficult. 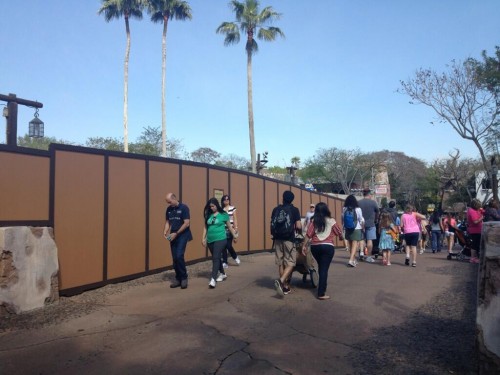 Check-in for Wild Africa Trek has been moved to the stand-by entrance for Kilimanjaro Safari. Which is probably where it should have been all along for better visibility.

It seems likely FotLK will have to close in order to move the show building, lights, and equipment, or will Disney use completely new materials to build a new arena. There’s bound to be some closure time. The question is just how much.

What is your favorite part of Festival of the Lion King?

(Thanks to @ConnorClark21 for the pictures)