Zac Brown gets Goofy at the Magic Kingdom

Anyone who even skips by a country music station these days has probably heard at least one tune from the Grammy Award-winning Zac Brown band. The Zac Brown Band won “Best Country Album” for their latest release, “Uncaged,” at the 55th Grammy Awards held Feb. 10, 2013. Zac Brown himself recently stopped by the Magic Kingdom and took a moment to pose with Cowboy Goofy. 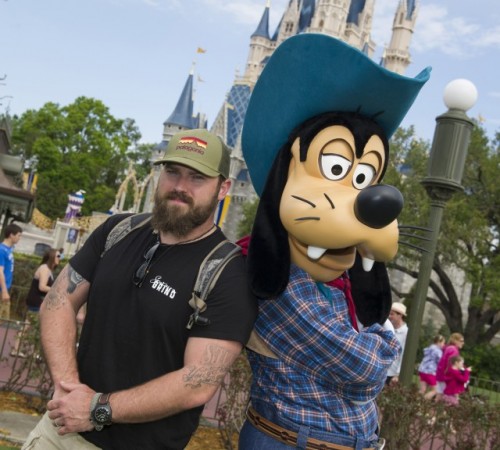 I’m not sure Goofy was the right character for Zac Brown. Who would you have posed him with?