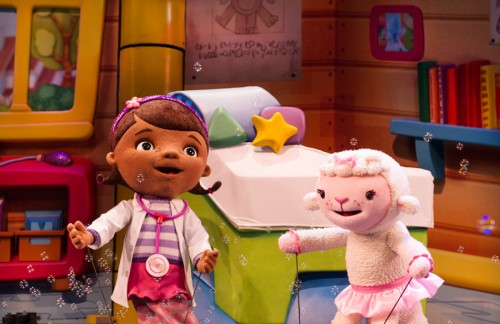 When they opened Playhouse Disney – Live on Stage at Disney-MGM Studios, they may not have had in mind that it would update every time Disney Channel changed its slate, but if they did, good job. I still miss Bear in the Big Blue House, but believe it or not, he’s been off the air since May of 2007. 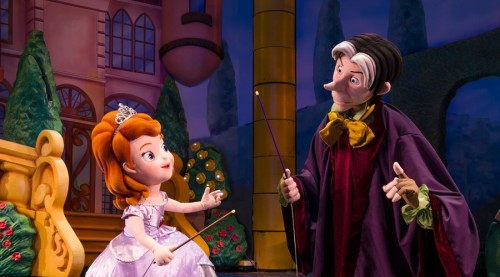 While the name has changed to Disney Junior – Live on Stage, the general format of a puppet show with one human host retelling some of the most popular Disney TV shows for pre-school aged kids remains the same. So say goodbye to “Handy Manny” and the “Little Einsteins”. The new shows this time are “Doc McStuffins” and “Sofia the First.” “Mickey Mouse Clubhouse” and “Jake and the Never Land Pirates” return as segments from the previous show.