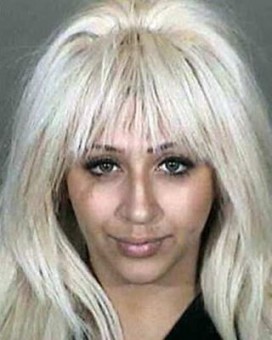 Alisa Yenokyan, a 22 year old woman from Hollywood was arrested last week for allegedly selling fake Disneyland tickets she advertised on Craigslist to unsuspecting buyers. Dozens of families were duped and didn’t even realize it until they arrived at the theme park and were turned away.

Yenokyan’s alleged scam finally came to an end Wednesday of last week, when Glendale police posed as potential ticket buyers. Officers responded to Yenokyan’s Craigslist add, where they expressed an interest in buying two adult tickets and two child tickets for $50 each.

Yenokyan allegedly took advantage of a number of families and had been doing so for a few years. She was allegedly found with over 20 e-tickets and ledgers with the number of tickets sold and phone numbers of people she had sold tickets to.

Yenokyan is scheduled to appear today in Los Angeles Superior Court in Burbank.

Unfortunately stories like this happen more often than we realize. If you are planning to visit any of the Disney parks purchase the tickets directly from the park or a reputable vendor. It may seem a bit more costly but by going that route you ensure you have valid passes. Paying more for peace of mind is most definitely worth it. Besides, can you image paying for tickets that turn out to be counterfeit and having to see the disappointment in your kids faces as you leave, or purchasing fraudulent tickets and then paying again at the park for actual tickets. Either way you end up loosing, don’t you think?

Police urged anyone who purchased bogus tickets from Yenokyan to call the department’s Financial Crimes Unit at (818) 548-3101.