2013 marks the 30th anniversary of “Star Wars: Episode VI Return of the Jedi” — the film that featured the Battle of Endor, so it’s great to see Mickey on a speeder bike for this year’s Star Wars Weekends logo. 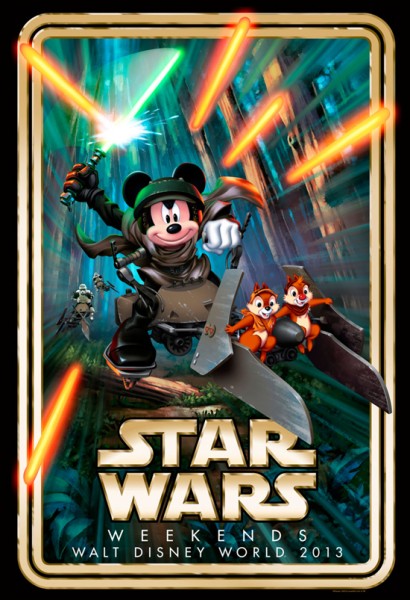 While we still await the final guest lineup, we did learn two of the celebrities who will make their way to Disney’s Hollywood Studios for the annual event.

I’m very happy to see the return of Warick Davis who used to do a bang-up job of hosting the event. Who else from the Star Wars pantheon would you like to see as guests at future Star Wars Weekends?

Star Wars Weekends takes place at Disney’s Hollywood Studios every Friday, Saturday and Sunday from May 17-June 9, 2013. Most event activities are included in regular park admission.

previousOnce Upon a Time 2-17: Welcome to Storybrooke
nextFake Disneyland Tickets on Craigslist