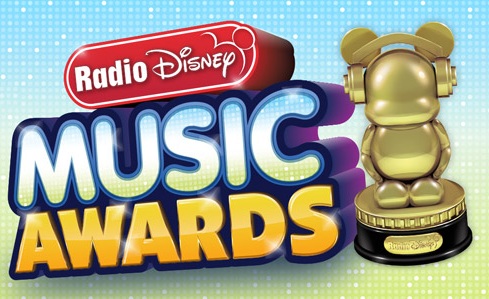 With all the recent acquisitions, and the emphasis on ESPN (which drives a lot of profits for Disney), you could forget that the company used to be focused on creating family friendly entertainment across all media. Radio Disney is one of those things that should get more love and attention than it does. That may be changing with a brand new award show announced – The Radio Disney Music Awards.

The first Radio Disney Music Award show will take place at Nokia Theatre L.A. live on April 27. The show will feature some of today’s most popular young artists, including Selena Gomez, Bridgit Mendler and Coco Jones.

The event aims to extend the networks promise to kids, “your music, your way,” to include “your awards” by giving kids an opportunity to vote on various categories. Because kids and tweens are increasingly using digital platforms to view content, Radio Disney will present the ceremony in segments on VEVO and on Disney Channel, Radio Disney, RadioDisney.com and Disney.com.

The award show will also honor five kids with the “Heroes For Change” award in recognition of their efforts to make a difference in their communities. Additionally, in collaboration with Disney Friends For Change, kids between the ages of five and 18 across Radio Disney’s 31 markets are invited to enter for a chance to win a Youth Service Award, which provides one kid from each market with a $500 grant to benefit their community project and a chance to be honored live on-stage at the Radio Disney Music Awards with one of their favorite stars.

I love the idea of Radio Disney artists finally getting their own awards show. Plus that Golden Mickey DJ Statue is cute. Are you listening to Radio Disney? Do you find them on the radio or online?