The State of Disney Animation 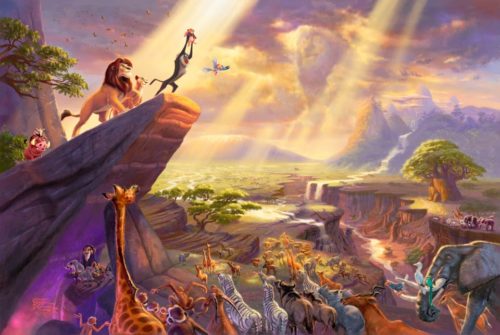 In case you’ve been asleep for the last 20 years, David Crow at Den of Geek has a nice retrospective on the state of Disney Animation focusing on what he calls the renaissance period.

Crow starts with the dark years of the 1980s and then brings us forward through The Little Mermaid and The Lion King.

The Lion King (1994) is the crowning achievement not only of Disney animation, but also American animation in general. The Lion King is one of only two Renaissance films that break with Broadway formula and it is masterfully told. The movie was also a transition film for this Renaissance and the first one that Howard Ashman had no role in. In fact, it is also one of only a few that even Alan Menken was not involved in. With songs by Elton John and Tim Rice and a score written by Hans Zimmer, The Lion King is creatively the odd one out. This was intentional.

Crow then looks at where the train left the tracks.

This is what became the major problem for the second half of the Disney Renaissance. Most of the films produced between 1995 and 1999 by Disney’s animation division were based on stories that simply did not lend themselves to the Disney formula. …

Contrary to industry wisdom, I do not think that the formula quit working or that audiences really grew tired of hand-drawn animation. There is no denying that the formula was incredibly played out by the end of the 1990s. So much so, that real gems like Mulan (1998) disappeared under the radar when it actually was not about a girl in search for a guy (though she does find one as a bonus at the end). Audiences show a vast willingness to see the same story again and again, as Disney’s newer acquisition of Marvel Studios can attest. The problem is the formula was too blatant after one fairy tale romance almost every year. It was also starting to be used on material that was far too incongruous with the Disney brand, thus creating films that were at odds with themselves. The sad thing is, Disney did lay out how to do its musicals freshly with The Lion King. You can take inspiration from existing stories, but not be beholden to any source material if you put them in a striking new context. In many ways, The Lion King’s use of Hamlet and biblical archetypes laid the groundwork for Pixar’s enchanting model. What is Toy Story (1995), but a buddy cop movie complete with the cocky rookie and weary veteran? How many times have you seen a father search for a missing child before or after Finding Nemo (2003)? Up (2009) didn’t exactly invent the concept of an old man accepting his mortality after losing his wife. The Pixar formula is to take a convention you may know and reinvent it in the astonishing way only animation can. That convention can even be a love story with musical numbers (2008’s Wall-E).

Sadly the conclusion of Crow’s article ignores Wreck-it Ralph, which I think makes his story a bit incomplete. Wreck-it Ralph shows to me that Disney Animation has started to learn the lesson of The Lion King. I’m optimistic that Frozen will continue in that vein.