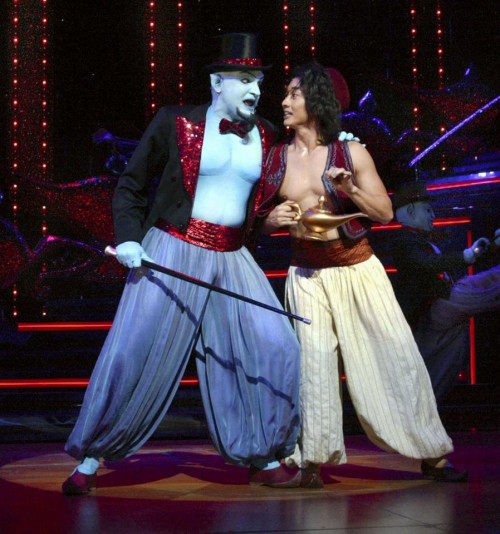 10 years ago about this time I was waiting in line at California Adventure for my first glimpse of “Disney’s Aladdin – A Musical Adventure.” The show was part of Disney’s slow self-realization that the original hip & edgy vision for DCA needed a bit of a rework (to say the least). At the time, I remember thinking that this show could follow “Beauty & The Beast” stage show and make the leap to Broadway. It took 10 years, but Aladdin is finally on its way to the great white way.

The title of the show is Aladdin, but anyone who has seen it knows that the Genie is the real star. Thankfully Disney has cut together some his best moments from the show:

Have you seen Aladdin at DCA? What did you think?

previousDisney Interactive Previews Infinity
nextOz the Great and Powerful – Which Witch is Which?