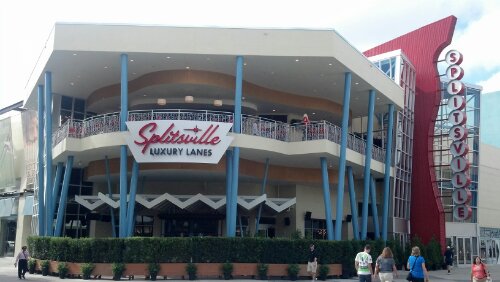 Guests of the Walt Disney World Resort’s Downtown Disney entertainment and shopping district will soon be able to rack’em up and knock them down at Splitsville Luxury Lanes. The boutique bowling venue missed its early December goal and is now targeting later this month on the 19th for a full opening. There was, however, a media preview this morning. 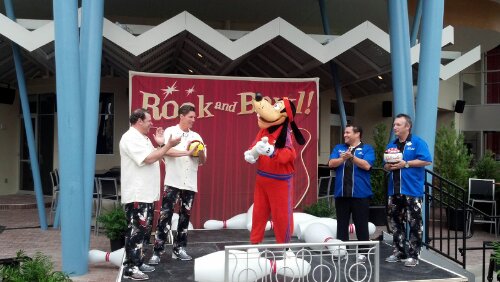 The upscale, retro-style bowling venue is the largest in the bowling brand’s fleet and will offer two-levels with 30 lanes, billiards, live entertainment, a balcony bar with a wonderful vista, and upscale dining options. 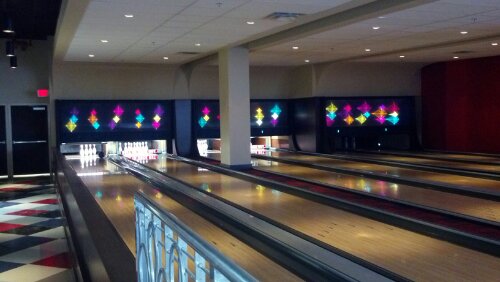 As co-founder Guy Revelle says, this is not your father’s bowling alley.

“Splitsville is a perfect fit for Downtown Disney,” said Keith Bradford, vice president of Downtown Disney. “From a new twist on a beloved sport to an impressive menu you’ve never expect to find in a bowling facility, Splitsville offers a great experience that complements our other unique offerings at Downtown Disney. I’m sure it will quickly become a guest favorite.” 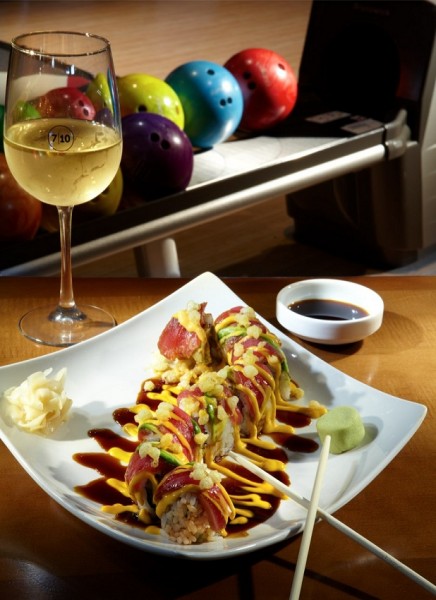 The Splitsville concept is anchored by bowling – the largest participation sport in America – but with a modern take that brings together entertainment and upscale food in a non-traditional bowling setting. For instance, the décor is a blend of hip and nostalgic elements with the bowling lanes separated into clusters that create unexpected sight lines for guests. There are also lane concierges available nightly to help maximize the bowling experience for guests.

“Splitsville is about socialization and creating memories. In a world of smart phones, texts and social media, people need an outlet to connect in person again,” said Mark Gibson, co-founder of Splitsville. “Bowling is an activity that appeals to almost everyone and the natural gaps of time between frames allows families, friends or work mates to engage in conversation, grab some sushi or encourage guests on the next lane.” 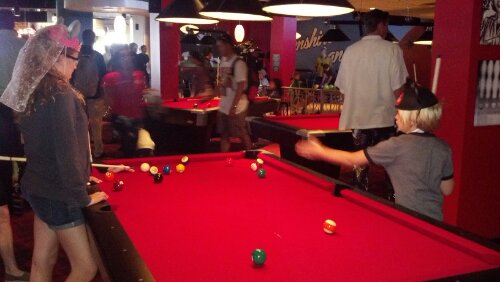 The Splitsville menu is distinctly different than your typical bowling alley fare. Guided by award-winning chef Tim Cushman, the menu features a variety of higher-end offerings such as grilled Mahi Mahi with “Voodoo” shrimp, filet sliders and grilled chicken parmesan, plus a kids menu, in addition to traditional bowling alley food items. There are even two sushi bars where guests can get fresh-rolled sushi.

“We’ve created a collection of menu items that are perfect for sharing,” said Guy Revelle, co-founder of Splitsville. “Whether it is sushi, sliders or pizza, customers can order combinations of food and then taste a little bit of everything. It creates a very interactive and social experience where the Splitsville concept helps ‘break the ice’ and allow guests of all ages to relax and enjoy their time at our luxury lanes!”

The addition of Splitsville builds on the expanding list of entertainment and retail options for guests at Downtown Disney. Florida’s first AMC Fork & Screen movie theatre, Characters in Flight operated by Aerophile, Sunglass Icon, and Something Silver are just a few of the other recent additions to Downtown Disney at Walt Disney World Resort. 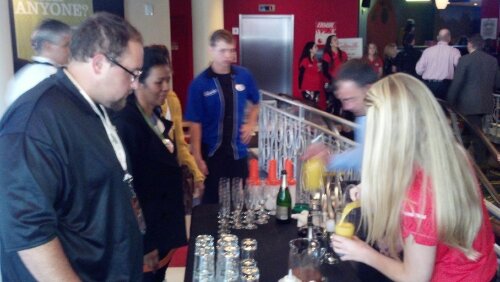 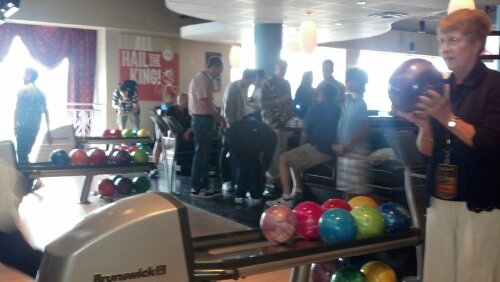 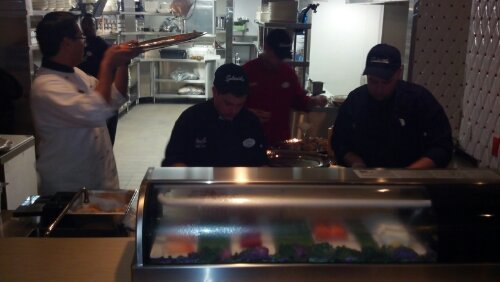 Splitsville at Downtown Disney is the Orlando-based chain’s fifth location joining venues in Tampa, FL, Miami, FL, Fairview, TX and Fredericksburg, VA. The expansion to Downtown Disney comes amid a growth era for the sport of bowling, which is the most popular participation sport in America with nearly 70 million people participating in the sport each year, according to the Bowling Proprietors’ Association of America. More than 60 percent of bowlers in the United States are under age 34 and nearly half are women.