With Lucasfilm Acquisition, Disney Has Itself Another Marvel-sized Problem

Editor: Please welcome Brad Phillips whose In The Life of a Nerd blog we linked to back in February for its review of Disney’s gaming efforts. Today he sent us this analysis of the Lucasfilm deal:

When Disney acquired Marvel in 2009, there were several issues. Many people saw the potential of the deal, but there were problems such as Disney’s perceived lack of knowledge with non-family films and the rights to characters being tied up elsewhere. With this week’s acquisition of Lucasfilm, Disney will find itself in a similar situation. In fact, many parallels can be drawn between the two deals. 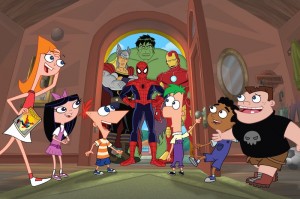 First off, Marvel fans were in an uproar after the announcement was made over three years ago. What would Disney do to their beloved franchises? Would they become Disney-fied? Less mature? Now think about Star Wars. This is a franchise beloved by millions. Hardcore fans are concerned about where the franchise will head under Disney’s control.

When you look at Marvel, Disney not only acquired the franchises and characters, but the people who knew them best. The people who worked on the films and comics are still with the company and Disney has largely left them in control of Marvel. This has led to consistent storylines and great films. Lucasfilm will be more of the same. The people who have worked on Star Wars over the past 30 years or so are still in charge of the franchise. In other words, Star Wars is in good hands. Disney isn’t starting from scratch, they do have general plans for films 7-9, plans that Lucasfilm were already at work on. Disney would be wise not to scrape those plans.

Secondly, When Disney bought Marvel; rights to some of the biggest franchises were tied up with other Hollywood studios. Paramount was in control of distribution for Iron Man and The Avengers. Disney had to repurchase those rights in order to self-distribute the films. Even now, Spider-man film rights still lie with Sony, the Fantastic-Four and X-Men with Fox, and theme park rights with Universal Studios. Disney has made no attempts to get those rights back, mostly because of the expense of getting them back. 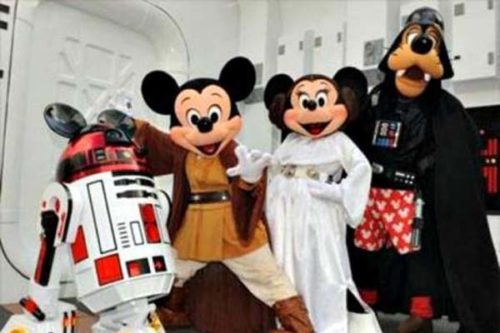 This leads us to a very similar issue facing their purchase of Lucasfilm. Outside of Star Wars, Lucas’ biggest franchise is Indiana Jones, no doubt about that. However, Disney has already said there are no plans for a sequel, because of distribution issues with Paramount. Star Wars currently has no distribution deal in place, but Paramount has the rights to distribute Indiana Jones and that’s not going to fly with Disney. This is bad news, because Indiana Jones is a huge franchise, with a strong fan-base, and has generated millions in revenue for Lucasfilm. It’s a huge loss for Disney to not be able to do anything with the franchise. However, that may have been the reason that none of the purchase price was due to Indiana Jones. The franchise was essentially written off as being worthless in the acquisition.

Even with Star Wars, Disney has an issue in comic books. Similar to when Boom! Studios had the rights to make comic books based on Disney and Pixar franchises, Dark Horse Comics currently has the rights to make comic books based on Star Wars and has been doing so for the past 20 plus years. While Marvel never had an interest in making Disney or Pixar comics, you can bet the company is itching to do something with Star Wars; it just fits right into the company’s action-oriented comic books. Dark Horse has said they plan to keep those rights for the near future.

This brings us to our third and final problem: the integration of another horizontal media company into what is already the largest horizontally-integrated media company. This was a trick for Marvel and another one with Lucasfilm. Lucasfilm has an extensive list of business, from Skywalker Sound (a post-production audio studio), Industrial Light & Magic (a visual effects studio), LucasArts (video game developer), Lucasfilm, and Lucasfilm Animation. Not only that, but add Lucasfilm Books, its licensing and marketing businesses, et al, and you have one complicated merger.

One concern for video game fans arises here. Disney has stated that they will focus in-house on bringing Star Wars to social and mobile games, and license out console games to a third party. However, the acquisition included LucasArts, a video game developer. What will happen to LucasArts and its current projects, namely Star Wars 1313? That’s one area of concern for this deal that is warranted.

However, if Disney can overcome these hurdles, there is so much potential in this deal. Potential for Disney to market (potentially) two major franchises, assuming it can get the rights to Indiana Jones back. Star Wars is, without a doubt, one of the biggest franchises in the world. Disney has the potential to evolve its film business, television, animation, special effects, sound, publishing, music, and comic books. That is a lot of opportunity for the Mouse House.

Looking beyond Lucasfilm, Disney has countless opportunities for the future, but is currently squandering some of its options. If Disney can get back all rights associated with Marvel characters, the rights to Indiana Jones, rights to Star Wars comic books, and leverage its Disney and Pixar brands in comic books, Disney will arguably be a different, even more magical, company.

In this regard, we can say that the deal for Lucasfilm will truly change the future of Disney.