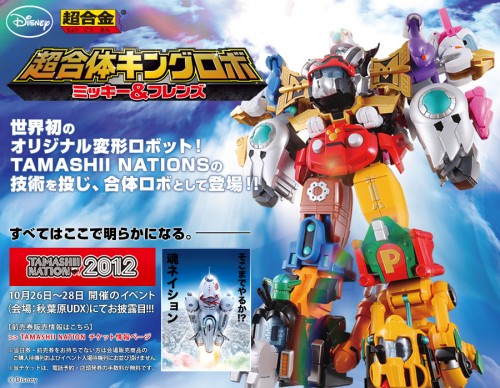 Tmaashii Nations have posted a teaser image for an upcoming release of “Chogokin King Robo Mickey & Friends.” Apparently that’s some sort of robot made by combining transforming smaller Disney character robots. Reminds me of that Voltron robot I had as a kid and is also known as a Super Sentai robot. 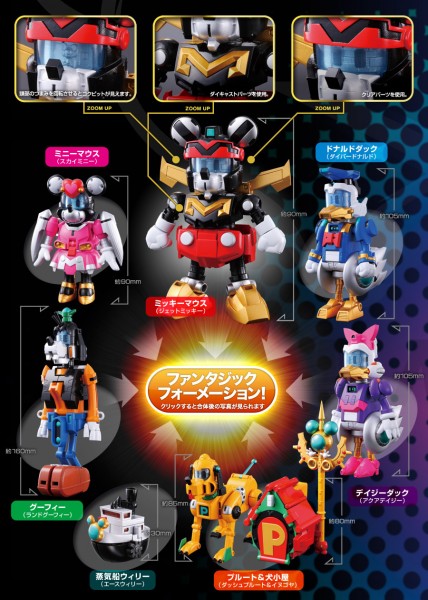 The Robo Mickey & Friends doll is composed of Mickey and Minnie Mouse, Steamboat Willy, Donald and Daisy Duck, Goofy, and Pluto. Ace Willy is the head, Jet Mickey and Sky Minnie will be the torso, Diver Donald and Aqua Daisy are the arms, while Land Goofy and Dash Pluto & Doghouse will be the legs. 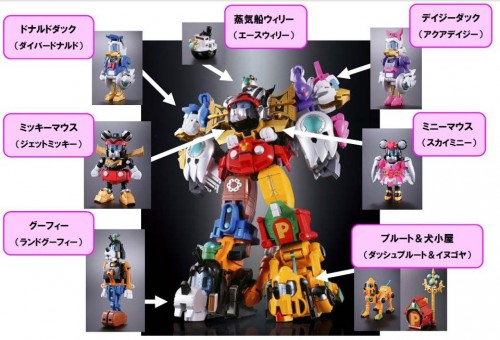