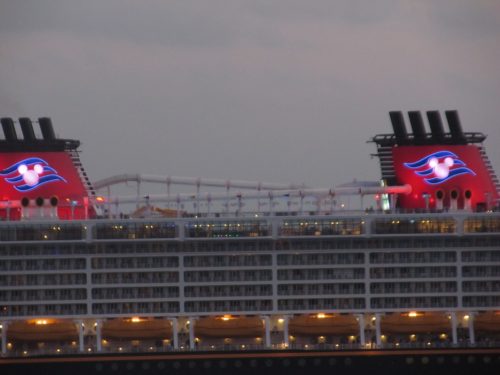 This shows more of the post-hurricane damage in the stores. Looks like a combination of cast members purposefully removing merchandise and tipping over shelves and some real damage.

The reports I’ve read from passengers say that all Disney’s cast members were wonderful and went out of their way to help where they could. As compensation, passengers were offered 25% off their next Disney cruise booking. Do you feel that was appropriate compensation from DCL for enduring such a scary night?