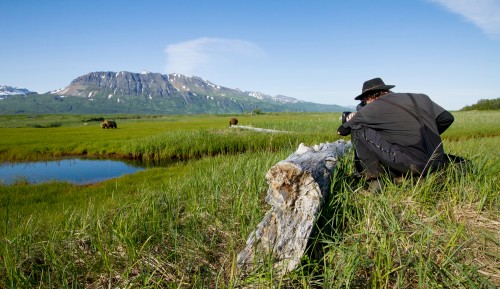 The Walt Disney Studios has announced production on Bears, the latest documentary from Disneynature, slated for release in Spring 2014 (likely around Earth Day).

Bears will follow the “day-to-day lives” of the brown ursines who call ‘Alaska’s coastal mountains and shores home’. The film is currently shooting in the state’s Katmai National Park, which “provides some of the most spectacular visuals ever for a Disneynature film.”

The film is being directed by veteran documentarians Keith Scholey (African Cats) and Alastair Fothergill (Earth, African Cats, and Chimpanzee).