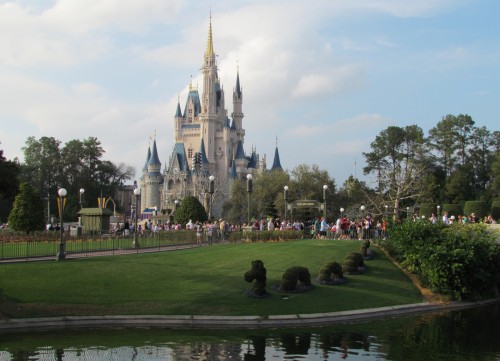 A new commercial highlighting Disney Parks as “The Place Where Dreams Come True” is a well produced minute-long video that attempts to capture the spirit of why kids love to visit Disney’s theme parks so much. Of course, there’s no way to really capture all that in a minute, but the video does have some cute moments.

Unfortunately, the video also has some contradictions. First, a company the size of Disney should be able to afford to shoot new footage instead of using shots from attractions that don’t even exist any more (aka the old location for Dumbo in the Magic Kingdom). Second, the tagline and the brand don’t align grammatically. You can’t have a plural word ‘parks’ and then call that ‘The Place’, it’s either more than one park or it’s not. Disney Parks are not some mythical fairy tale land connected from Anaheim to Orlando. Families make real decisions to attend one of Disney’s resorts based on real world factors, including budget, age of children, and time available.

Another factor, the ability to generate memories of time spent together as a family has become a key part of the decision making for many families. In the new economy, families are giving up the luxury item for the home and trading it for family memories. Disney wants to make sure it’s position as ‘The Place’ where those memories can be made. I’m afraid this video gets Disney away from that a bit too much by focusing only on the kids.

However, the one place where this video could work is talking directly at kids. A study released by Disney in 2011 showed that children have more influence on vacation decisions than previously thought. This video not-so- subtly reminds parents of their children’s wishes to do those things that they themselves enjoyed growing up at Disneyland or Disney World. It’s part of an attempt to position Disney’s theme parks as something nostalgic.

Disney should be careful about becoming too closely aligned with nostalgia for its own past. It’s a trap that will lead to poor guest experience when things aren’t the same as they were 30 years ago. Disney already receives lots of feedback like, “Prices were higher than I remember,” “I don’t remember it being so crowded,” “What happened to my favorite [Ride, Show, or Restaurant],” and “There isn’t as much stuff to do together as there used to be.” It is more expensive for Disney to stay at the forefront of the theme park industry, but the rewards are greater.

All this says to me is the Disney Parks brand still isn’t working quite right in Disney’s attempt to market their theme parks. What would you do to fix it?