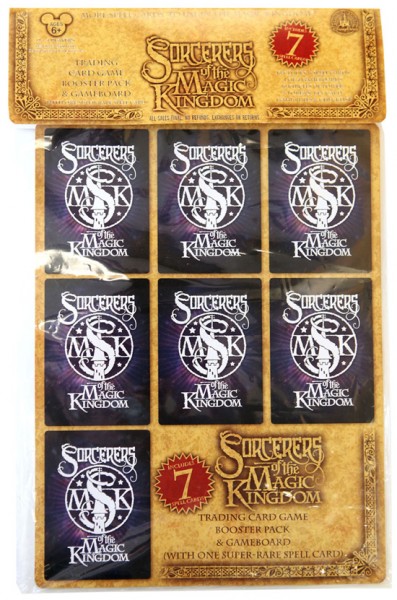 The Sorcerers of the Magic Kingdom interactive card based game at the Magic Kingdom has been wildly popular. So many fans want to play the game that it quickly outgrew the capacity the in-park portals could handle. But via leaks and careful observation, it’s been known that SotMK would eventually be adding a play at home option, although it works just as well in the parks, that would take this game into another dimension.

Disney has finally announced exactly how that dimension would be added and generally speaking when it will be added too. Plus, for those fans who have been patiently waiting, the super rare spell cards #61-70 will also be available as part of booster packs that contain the play at home version of the game. 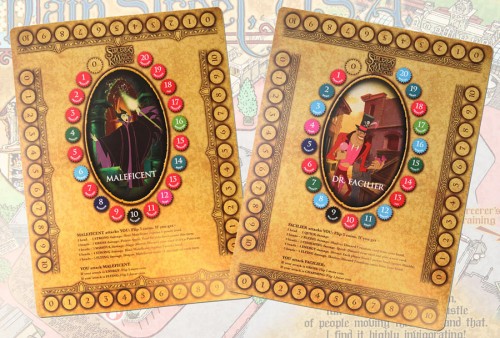 Although not quite set in stone, the 7 card packs will retail for $11.95 and contain seven randomly selected spell cards (including at least one super rare spell card), one of four game boards (Maleficent, Dr. Facilier, Jafar and Cruella DeVil), game rules, new tokens and a complete spell card checklist. All you’ll need to supply are 5 coins to toss and your own deck of cards. The board game version is designed so that kids as young as six will be able to get involved as you work together as a team to defeat the villain.

The booster packs should start showing up in stores in August and then later they’ll be available online at The Disney Store.

Considering those super rare cards have been selling on eBay

for upwards of $80.00, the price of $12 seems to be in the right range. A collector will have to spend around $120. (make sure to shop at a place that gives you an AP discount so you’re not paying sales tax) for ten packs and then trade with other players to make sure they end up with one of each of the super rare cards. Want to have more than one complete deck, that’s going to cost you another $120.

I also like that they’re adding a play at home option. The game has needed this for a while. Hopefully there will be in park tutorials, fan modifications, and all sorts of great supporting material for this side of the SotMK set too. I just urge everyone to stay away from capture type games where you might leave with fewer cards than you began with. It’s okay to trade, but this shouldn’t become a war.

What do you think of the updates? Are you ready for Disney to turn the medium and hard levels back on too? Sadly no date has been set for that.