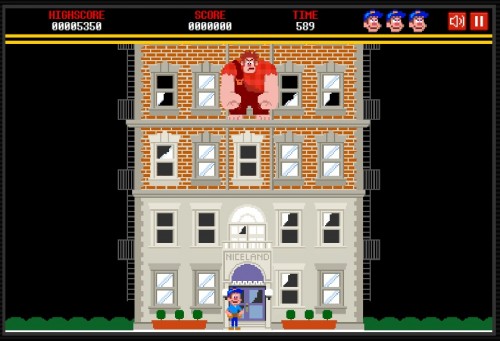 Disney’s next animated feature takes place in the world of video games when Wreck-it Ralph decides to leave his game, Fix It Felix Jr., and explore other games. But did you know you can now play Fix It Felix Jr.?

Yep, just head over to Wreck-it Ralph’s Facebook page to get started. I spent a little time playing it tonight and found it to be wonderful in that retro 80s genre film. The controls are pretty simple, but it does get a bit more complex as you reach higher levels. Plus there’s a clock you’re racing against. Not the most challenging game in the world, but fun.