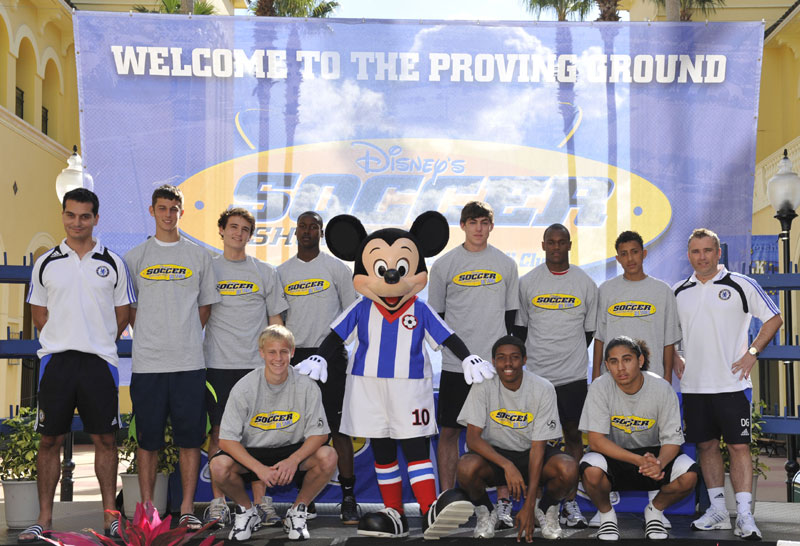 Orlando City Soccer looks to be on the fast track to joining the MLS. The league and local officials have actually been meeting for months looking for ways to make it happen. One major obstacle stands in the way, a stadium. The current stadium was designed to host American Football, although it did host some World Cup Soccer games in the past.

Orlando lacks an MLB or NFL franchise but does have a moderately successful NBA team. Situated as it is in the middle of the state a good MLS team could draw from from as far away as Tampa and certainly would draw from Polk and Osceola County.

Modern day MLS Stadiums are built with certain amenities in mind. VIP Suites are typically close to the field and there are usually individual seats for fans instead of bench seating. A large MLS stadium would hold about 30,000 fans, but as Orlando is a mid-sized market, the might be looking more in the 15,000 to 20,000 range.

Orlando City Soccer current draws an average of 5,000 fans a night, so there’s not that big a gap to close when they go full pro.

So the question is where to place the stadium? I would like to see it somewhere south of downtown Orlando. There is property near the Orange County Convention Center that was once considered for a new sports arena. That might work. But I think the MLS should look even further south.

A soccer stadium at ESPN’s Wide World of Sports Complex would draw from Orlando, Kissimmee, and Lakeland or further. Like the baseball spring training stadium, it would get use beyond even the regular soccer season. 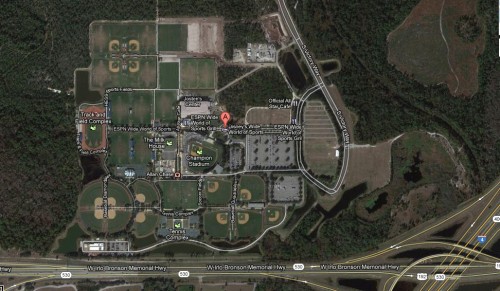 As you can see from the aerial photo on Google Maps there is definitely room for a pro-stadium and more parking. There’s probably even access to the 192/530 or I4 for faster exiting from the complex.

The only thing that would have made this better is if Florida’s Governor hadn’t canceled the high speed train. It would have had a stop right next to ESPN WWOS. That said, there are currently plans to build another rail line from the airport area to the Walt Disney World area. A stop near ESPN WWOS would make a lot more sense as an entry way to the resort if there was an MLS Stadium there as well.

The question is, would Disney get behind this? With the right mix of corporate sponsorship and team ownership, they could get most of built. Heck Disney might want to consider ownership themselves as many fans of soccer in the US fill one of the demographic buckets Disney is trying to reach. Plus there is the sportscation to consider when the fans of visiting teams fill Disney’s hotel rooms and perhaps stay for more nights to include a theme park or two. That’s a win-win.