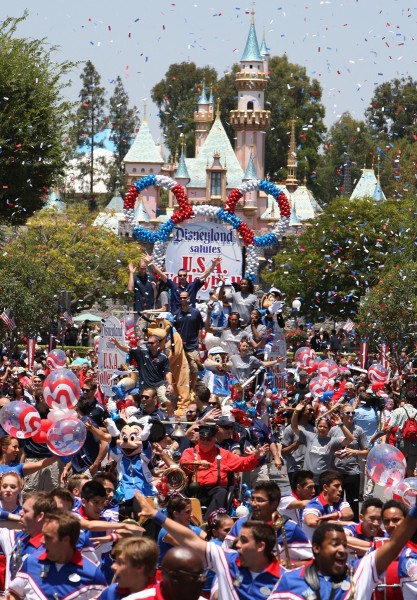 Disneyland knows how to do celebrations right. Even though it was the resort’s birthday yesterday, they took the time to honor and celebrate USA Volleyball with a festive cavalcade down Main Street, U.S.A. The patriotic tribute celebrated two Anaheim-based teams and recognized the dreams of all U.S. athletes on their way to the Olympic Games.

Mickey Mouse and his pals joined in a rousing send-off for the volleyball athletes who will represent the United States in London beginning July 27. The place “where dreams come true” proved to be the perfect backdrop as athletes and coaches from USA Volleyball were showered in red, white and blue confetti and The Disneyland Resort All-American College Band added to the memory-making with a special song, “A Dream is a Wish Your Heart Makes.” 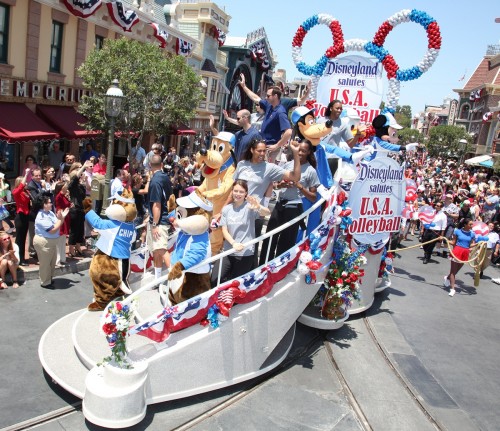 Anaheim is the official host city for the men’s and women’s U.S. National Volleyball teams. The men’s team moved its training headquarters to Anaheim in 2006, followed by the women’s team in 2009. For more information about the USA Volleyball teams, visit www.usavolleyball.org. 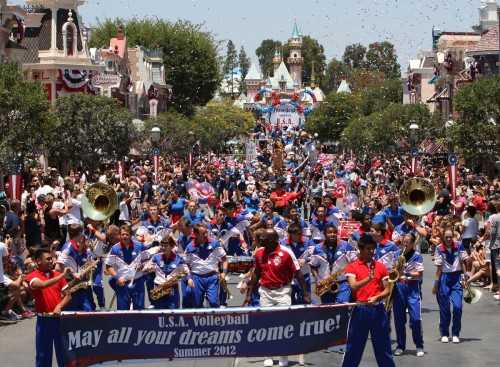 What a great move on Disneyland’s part. Good luck to all the athletes heading across the pond to compete later this month!