A movie titled “The Good Dinosaur” will fill a slot in the 2014 film slate for Pixar Studios. Little has been known about this film other than the fact that it involves dinosaurs and is being directed by ‘Up’ writer Bob Peterson. A recent interview of Peterson by the LA Times has revealed some of the themes he’s building the movie around.

From this interview we know that this will be a film with a new look on dinosaurs and one that provides the audience a chance to get to know dinosaurs. We also know that if there are ‘good’ dinosaurs, that implies there will be the opposite and that there will be some Pixar-esque twists on the concept. 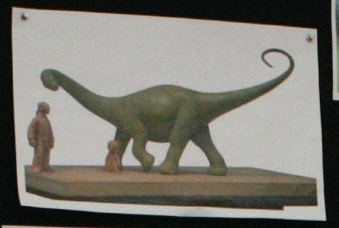 An early piece of concept art featured a child and a dinosaur together, but Peterson would neither confirm nor deny if humans and dinosaurs would be present together on screen. Some have said the plot involves a conceit that the original asteroid that killed the last of the dinosaurs missed the earth and that dinosaurs continued to evolve and live in current times. That seems like a very Pixarian plot to me. 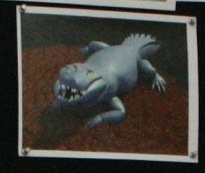 We do know that Peterson has spent a lot of time visiting natural history museums while researching the movie and that he’s writing while on the road. The LA Times story also says that the movie was inspired by Peterson’s visit to the 1964 World’s Fair where he spotted animatronic dinosaurs. In fact, that was Walt Disney’s dinosaur diorama, a version of which still exists at Disneyland today.

Walt Disney, Dinosaurs, and Pixar. That sounds like a movie I can really love. What do you think?