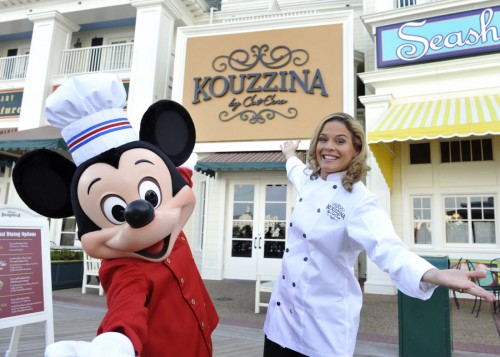 Could Brussels Sprouts have been given a bad rap all these years just because they were usually prepared wrong? This video from chef Dee Foundoukis at Kouzzina by Cat Cora wants to convince you to give them another try.

I think that is a lovely way to prepare Brussels Sprouts, you can also try the same technique, but grill them instead of fry them. Brush on butter first, then finish on the plate with balsamic vinegar. The grill gives a slightly nuttier flavor. I’ve had them both ways, they’re actually quite good.

But enough about the food. What I really want to talk about is the location. Interesting how Disney decided to film this video in the kitchen of one of the Golden Oak luxury homes? Is the luxury development that puts you on the doorstep of the Magic Kingdom doing so poorly it needs additional promotion? Or was this just a bone thrown to fans to tease us about a world within the world we’ll never get to see.