The Disney Blog contributor Megan Prine recently returned from a trip to Disneyland Paris. This is the first of several posts in a short series that will give TDB readers a peek inside DLP! 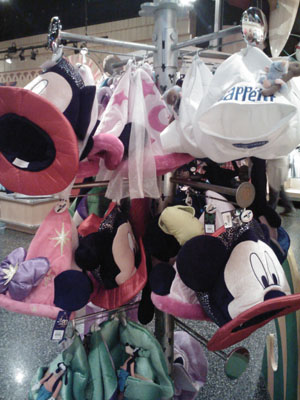 Plush Hats: There were lots of these oversized plush hats to be found throughout Disneyland Paris, some of which are adorned with mini Disney plush characters, like Mickey, Goofy and Donald. This chef’s hat featuring Ratatouille’s Remy is très chic, and oh so French, oui? 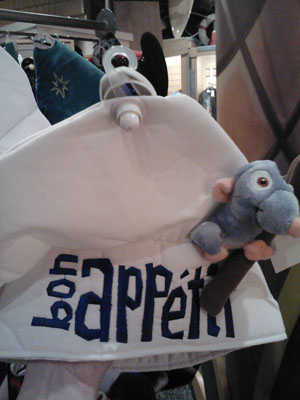 Sorcerer Hats: Fantasia-inspired sorcerer hats celebrating Disneyland Paris’ 20th anniversary are also a popular item. They are offered in Mickey, Minnie and Goofy ear styles and feature an embroidered gold “20” on the right ear. What a great collectible…come to think of it, I should have purchased one! 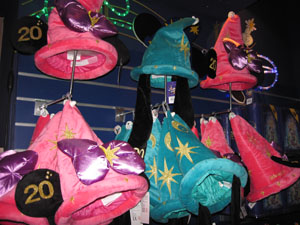 Cowboy Hats: Yee haw! Frontierland was in no short supply of “American Western” style chapeaus. Guests have their choice of cavalry, sheriff, traditional “rawhide” and two styles of straw hats including one adorned with a riveted Mickey. 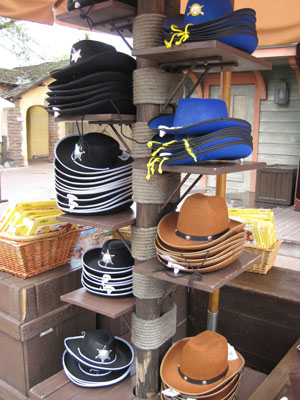 So, you may be asking, just like I was, “where are the Ear Hats”? This headwear staple of American Mouseketeers is noticeably absent at Disneyland Paris. One theory is that Ear Hats are a strictly American phenomenon, tying back to nostalgia related to the broadcasts of the Mickey Mouse Club.

Whatever the reason, as a collector of Ear Hats, I kept my eyes peeled for them, figuring that at the very least, Disneyland Paris must carry the classic black Ear Hats. At the end of day one, I stumbled up on this solitary Toy Story pair at the Disney Store in Disney Village. (Literally, there was one pair on the rack). 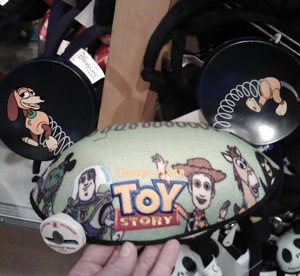 This couldn’t be all they offer, could it? When I asked several Cast Members about Ear Hats, they were perplexed and unfamiliar with any related merchandise. But I would continue my search…

Throughout day two the story was the same at every shop. Plenty of plush hats, sorcerers hats, cowboy hats and headband -style ears, but alas no Ear Hats. That is, until by some fate of Disney magic near the end of what was our last day at Disneyland Paris, I spotted what appeared to be a single rack of red and white polka dotted Ear Hats (mixed in with toddler clothing) in Frontierland’s Tobias Norton and Son’s shop. Could it be? I made a beeline for the shop and my eyes weren’t deceiving me – yes, Ear Hats!

I took a few moments to peruse and choose just-the-right pair (as any Ear Hat collector knows is essential) and proudly donned that Ear Hat – with the ginoumous shiny red plush bow no less – for our last hour in the Park. And though I was the only one taking that fashion risk, I like to think that maybe Ear Hats will catch on at overseas Disney Parks, and I’ll be able to say that I am a Paris fashion trend setter. 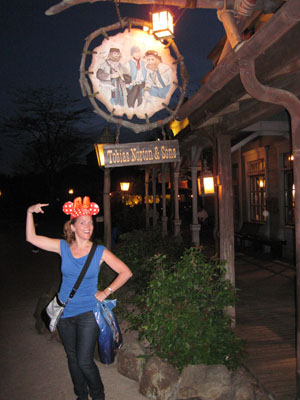