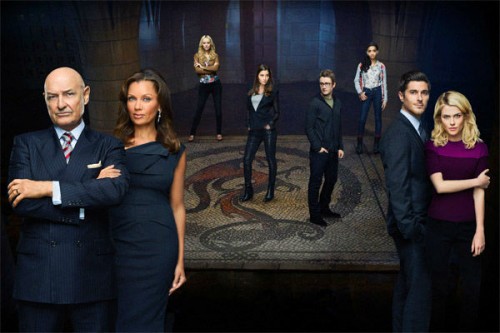 This week, ABC rolled out its new fall season of primetime shows to excite fans and pry open the pocket books of advertisers. Rather than run down the litany of shows, I want to highlight a few of the ones I think will be big hits. 666 Park Avenue stars LOST’s Terry O’Quinn and is being positioned by ABC as an attempt to capture the same audience as LOST.

At the ominous address of 666 Park Avenue, anything you desire can be yours. Everyone has needs, desires and ambition. For the residents of The Drake, these will all be met, courtesy of the building’s mysterious owner, Gavin Doran (Terry O’Quinn). But every Faustian contract comes with a price. When Jane Van Veen (Rachael Taylor) and Henry Martin (Dave Annable), an idealistic young couple from the Midwest, are offered the opportunity to manage the historic building, they not only fall prey to the machinations of Doran and his mysterious wife, Olivia (Vanessa Williams), but unwittingly begin to experience the shadowy, supernatural forces within the building that imprison and endanger the lives of the residents inside. Sexy, seductive and inviting, The Drake maintains a dark hold over all of its residents, tempting them through their ambitions and desires, in this chilling new drama that’s home to an epic struggle of good versus evil.

Based on the book series by Gabriella Pierce, “666 Park Avenue” was written by David Wilcox (“Fringe,” “Life on Mars”), who is also an executive producer along with Matthew Miller (“Chuck,” “Human Target”), Leslie Morgenstein (“Gossip Girl,” “The Vampire Diaries,” “Pretty Little Liars,” “The Lying Game,” “The Secret Circle,” “The Sisterhood of the Traveling Pants”), Gina Girolamo (“The Secret Circle,” “The Lying Game”) and Alex Graves (“Fringe,” “The West Wing”). The pilot for “666 Park Avenue” was directed by Alex Graves. “666 Park Avenue” is from Bonanza Productions Inc. in association with Alloy Entertainment (“Gossip Girl,” “The Vampire Diaries,” “Pretty Little Liars”) and Warner Bros. Television.

Are you planning to watch 666 Park Avenue?