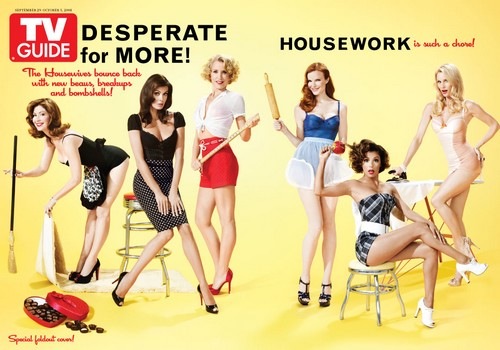 ABC’s long running Desperate Housewives (the first episode aired October 4, 2004) has reached it’s final conclusion. Rather than experience cancellation, Marc Cherry, the show’s producer, was able to wrap things up exactly how he wanted down to the final scene he claims he had in mind since day one.

Here, in case you gave up on DH a long time ago like me, is that final scene.

Were you a fan of the show? How do you feel about the ending Cherry orchestrated?

previousIger Cashes In Thanks to Earth’s Mightiest Heroes
nextToo Close to Call. Dancing With the Stars, Week 9 Recap