I’d read that the creators completely changed the game in the season finale of Once Upon a Time. It left me wondering what in the world they were going to do. I had a guess, and it turns out that guess was correct. And, as they predicted, it’s left me wondering where they are going next year.

The episode started in Fairy Tale this time as poor James was struggling to get out of his jail cell. Just as he loses the rock he’s using to bang on the lock, two guards show up to take him to his execution. Yep, Regina lied about releasing him if Snow ate the apple. Really surprised, aren’t you? But James manages to overpower them and make a break for it. Unfortunately, he’s immediately cornered by two more guards, but then one guard shots the other with an arrow. And that guard? The Huntsman. Even knowing he’d be back, it was a shock when we saw him. He gives James provisions for the journey and sends him out to find Snow.

Regina is furious that James has escaped, but uses her mirror to find out that he is trapped in the enchanted forest, which has no way out without magic.

As James is running around, Rumplestiltskin finds him. He wants to help James, but for a price. At first, James refuses to listen and attacks Rumplestiltskin, but after Rumplestiltskin uses magic to defeat him, he has no choice. In exchange for enchanting a ring so it will lead James to Snow, Rumplestiltskin wants James to hide the true love potion he’s created.

And the location of the hiding place? Maleficent. James arrives, and she transforms into a dragon to attack him, but James manages to complete his mission and jump out the window into the lake surrounding the castle.

He finds Snow in the glass coffin and kisses her to reawaken her. He then proposes, and she replies, “You have to ask?” They decide to clear their kingdoms of Regina and James’ “father,” but none of that happens in the episode. Story for season two perhaps?

Meanwhile in Storybrooke, Henry is fighting for his life after eating the poisoned apple turnover. Emma has brought him to the hospital, and she is overwrought with grief, telling the doctor about him eating the turnover and then falling over. She is convinced it must be poisoned, and tells them to start working on finding the solution. Henry’s book falls out of his backpack, which Emma has brought to the hospital. As she picks it up, she sees flashes of many of the stories we’ve seen in Fairy Tale this year. As they stop, she believes.

Unfortunately for Regina, that’s the moment when she walks in, having gotten the call about Henry. Emma forces her into the closet and confronts her about not only what she tried to do (poison Emma), but all of it. And Regina confesses. Then she admits that magic in our world is unpredictable, so there is no guarantee that Henry will recover or even stay asleep forever. They need to break the curse now.

Which takes them to Mr. Gold, the only person who might have magic left. He immediately sees in Emma’s eyes that she believes, and tells them about the vile of True Love potion he’s hidden. He even explains he used a drop of it in the curse, which is why Emma can break the spell. Turns out that Maleficent has been trapped as a dragon under the library, and Mr. Gold sends Emma off to retrieve it with her father’s sword.

Emma attempts to enlist August in the quest to retrieve the potion, but he’s in no position to help. In fact, as they are talking, he turns the rest of the way into a wooden puppet. He knows Emma believes, and begs her to reverse the curse to save him fast.

Regina has her own encounter, Jefferson. He is still insisting that she keep her part of the bargain and reunite him with his daughter Grace. But she refuses, saying that as far as she is concerned their bargain is void since Henry ate the apple instead of Emma.

The two women meet up at the library because the elevator down to the bottom takes two people to operate. A distrustful Emma heads down to the cavern below where Maleficent the dragon is being held. She fights the dragon, trying her gun at first, but when it is obvious that has no effect, she finally throws the sword, which hits the dragon in the heart, killing it and releasing the potion.

Emma heads up to surface, but the elevator stops not too long before the top. Mr. Gold appears. Something’s wrong with the elevator and Regina took off. Emma’s ready to climb up with the potion, but Mr. Gold convinces her to throw it up to him because it will be faster. When Emma reaches the library, she finds Regina tied up and Mr. Gold gone. He’s tricked her. Emma wants to rush after him, but they both get phone calls. It’s Henry.

Meanwhile, Jefferson, has been out to get his revenge of Regina. He sneaks his way into the basement of the hospital and frees Belle, telling her to go to Mr. Gold and tell him that Regina locked her up. She’s confused, but she does as she is told. Mr. Gold is thrilled to see her, although she has no memory of who he is.

Back at the hospital, Emma and Regina learn that Henry has died despite all the efforts to save him. A distraught Emma leans over and kisses him, saying, “I love you.”

And Henry gasps and sits up. Yep, True Love has broken the spell again. But that’s not the only spell that has been broken. A shock wave goes through town, and everyone begins to remember who they really are. In fact, it catches David just as he was about to leave town, and he turns around and heads back to find Mary Margaret/Snow, who joyfully reunites with him.

Regina says her goodbye to Henry (“Despite what others might tell you, I really do love you.”) before heading home, afraid what will happen now that everyone knows about the curse. But instead of fleeing, she hugs Henry’s pillow and starts crying.

Meanwhile, Mr. Gold has taken the vile of True Love potion and is taking it to the magic well. Along the way, Belle gets her memories back, and she and Mr. Gold have a tender moment of declaring their love.

At the well, Belle asks what it is and what it will do. Mr. Gold explains that the well will restore what has been lost to you; he’s obviously trying to get his magic back. And he drops the potion in. Immediately, a purple smoke begins to come out of the well. It keeps building until it slowly envelops the entire town. Even Henry is baffled by what it means. But Regina is smiling as the smoke hits the clock tower at exactly 8:15.

I’m still in shock that they broke the curse already. All along, I really was expecting this season to end with Emma realizing the truth of all Henry’s been telling her and next season would end with the curse breaking. So, where do they go from here? I think the biggest answer to that question is what is that smoke going to do to the town and the people in it. That will tell us a lot about where the story goes next season.

Meanwhile, I was surprised to see that breaking the curse didn’t immediately send everyone back to Fairy Tale. Might that be part of the story next season?

And kudos to Irene for calling it in the comments last week – a mother’s love was True Love and could break the curse. As a commenter over at TV Guide said, this was revealed to us on Mother’s Day, too.

So, what theories do you have after watching the season finale? And how long is it until season two starts?

If you want some alternative fairy tales to occupy you over the long summer, I have a couple of kids’ series I would recommend.  The Sisters Grimm follows two modern girls who have to live up to the family legacy of keeping Ever Afters in line.  The first is The Fairy Tale Detectives.  I would also recommend Half Upon a Time, the first in a trilogy (book 3 comes out next year) set in a fairy tale realm as Jack, son of the giant killer, must help a strange girl from our world find out who she really is. 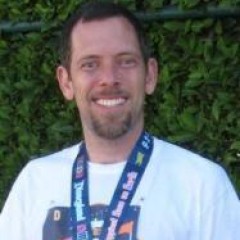 View all posts by Mark Baker
Skip back to main navigation