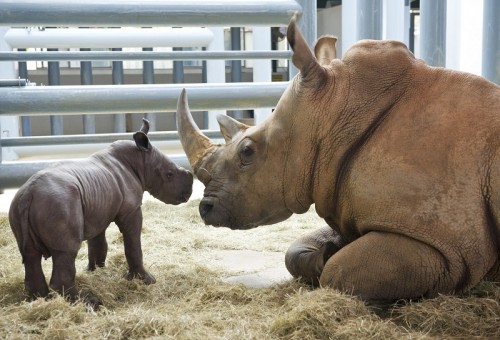 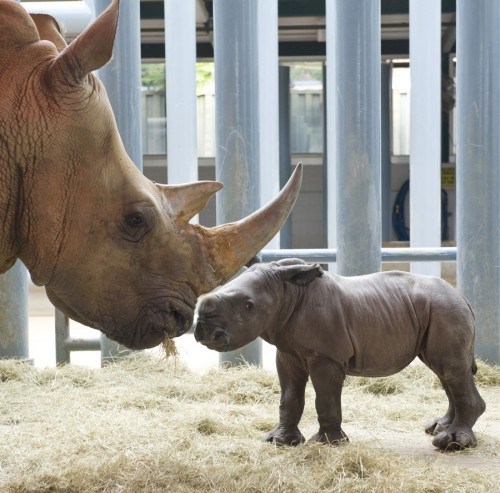 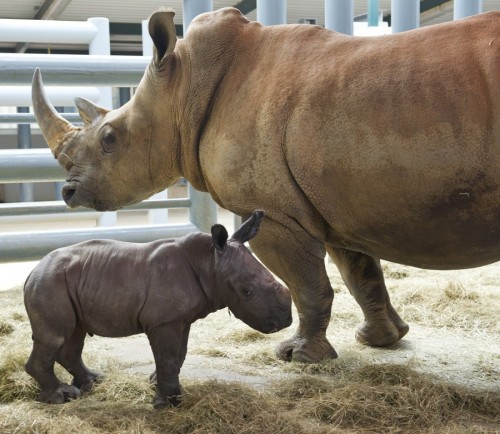 Disney is really doing some excellent work here with their white rhino breeding program as coordinated by the Association of Zoos and Aquariums (AZA). The program focuses on sustaining the white rhino population in North America.

At Disney’s Animal Kingdom, the success of the rhino breeding program has directly contributed to the conservation of other white rhinos in the wild. In 2006 two rhinos born at Disney’s Animal Kingdom, Nande and Hasani, joined four others at Ziwa Sanctuary to help reestablish a white rhino population in Uganda. So far, Nande has been responsible for two offspring — a male calf born in 2009 was the first rhino born in Uganda since the 1980s followed by a female white rhino born in 2011.

previousVideopolis: Home on the Range as sung by Donald Duck and Goofy
nextAlice Davis finally gets her Window on Main Street at Disneyland