Part of the joy of staying on property at Walt Disney World is that you never have to leave that magic envelope. Richly themed hotels, world famous service, and well apportioned rooms keep the Disney experience going 24/7. A few years ago, Disney decided to kick that up a notch higher by bringing the immersive story telling its famous for in the parks into the guest room itself. It started with a few themed covers, some details on the walls, and a color scheme, changes that were well received. Now, with the new Pirate and Royal Guest Rooms at Port Orleans, the level has been raised again.

The new Royal Guest Rooms immerse families in favorite Disney fairytales with fun and engaging features. Families will find that Princess Tiana has hosted her royal friends from around the world in these elegant rooms and each special guest has left behind a cherished memento to mark the visit. Guests can discover a treasure trove in the immersive room décor, from stars of favorite animated films such as “Aladdin,” “Beauty and the Beast,” and “The Princess and the Frog.”

We recently got a chance to tour the rooms for ourselves:

The themed accommodations showcase playful artwork and majestic banners. Regal crowns from favorite Disney princesses are woven in the bedspread design. Dazzling fiber-optic effects create a magical surprise on the headboard. The bathroom sink design incorporates Genie’s magic lamp from Disney’s Aladdin as the faucet. Characters from beloved Disney*Pixar films can be spotted in the wallpaper border, plus richly appointed décor, drapery and custom linens fit for royalty, yet the rooms are moderately priced from $189 per night.

That’s not a bad price range for a new class of room. Of course, it’s for off-season and the prices go up from there. 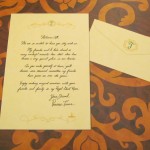 A letter from Tiana greets guests 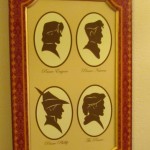 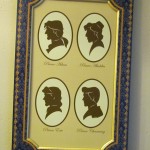 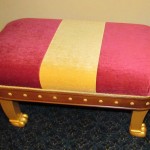 That dog from Beauty & The Beast 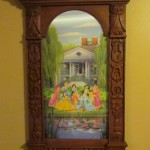 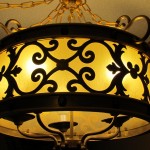 Hidden MIckeys in the light fixtures 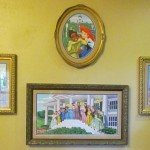 Some portrayals of the princesses having fun 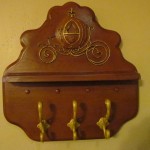 Cinderella’s Coach, but only 3 hooks in a 4 person room? 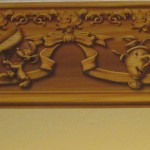 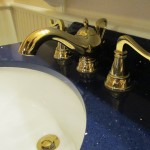 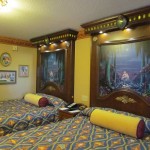 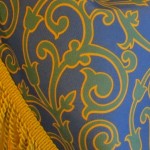 Hidden Mickeys in the fabric 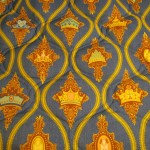 Details on the bedspread