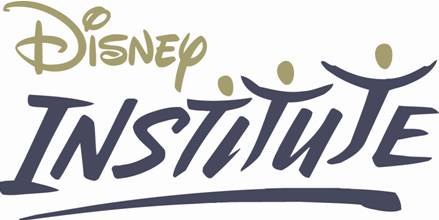 The Disney Institute started as a dream of Michael Eisner that guests coming to the resort would carve out a bit of their time to learn something of they way Disney crafts its magic brand. Turns out, not so much. But a rather large nugget was mined from that experiment, companies were willing to pay to have that service for their employees.

The new Disney Institute has struggled along, mostly in quiet, for about a decade. But recently they’ve expanded their efforts to help more companies internalize the customer service focused business model that makes Disney a leader in its industry.

Disney, which employs 64,000 people in Orlando alone, has its own employee difficulties, of course. Union spats arise, and some cast members — Disney-speak for employees — chafe at the company’s strict rules, although it recently lifted a facial-hair ban and now allows women to forgo pantyhose. Disney’s sugary customer service can also startle visitors who aren’t used to such uniform cheerfulness.

But vast numbers of consumers love it, and the company is routinely showcased in business books, like “The Disney Way: Harnessing the Management Secrets of Disney in Your Company,” for its hospitality and efficiency. For instance, the company has spent so much time studying its park customers — more than 120 million of them globally last year — that it places trash cans every 27 paces, the average distance a visitor carries a candy wrapper before discarding it.

More at the NY Times.