Some cultures it might be hard to sell a movie with a female protagonist, so they’ve gone a little macho. Here’s a recently released poster for Italy: 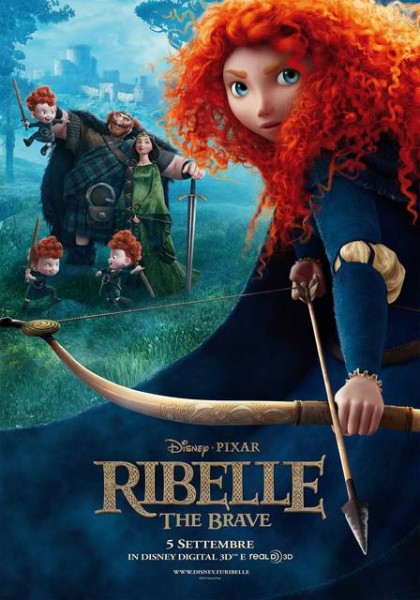 Notice the distance between Merida and her family. Here is another version which makes the movie look like it’s about a war. 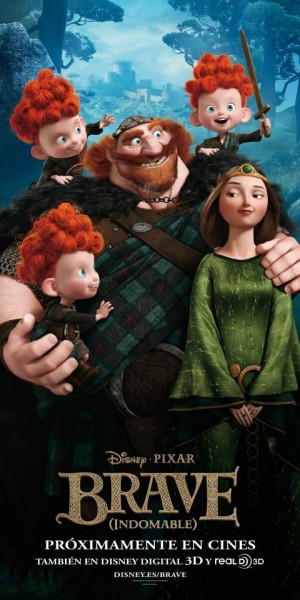 and putting her on her own poster. This one that was released in Japan is a lot darker. They’ve even changed the name of the movie to Brave: Merida and the Frightening Forest: Below is a movie trailer that was released in Japan (English subtitles have been added). It reveals quite a bit more of the plot along with footage not seen in the US, but it puts a very dark spin on the movie. So, consider yourself warned for spoilers:

Okay, if you watched, would you rather have more of the plot like they gave in this trailer or the simpler trailers like we’ve been given so far in the US?

If you know of any more international trailers or posters, I’d love to see them.