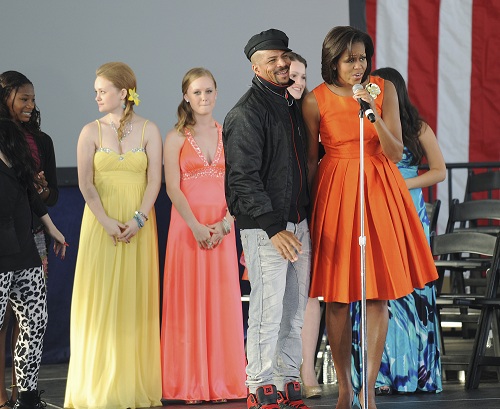 It’s always a pleasure to report on the great community outreach done by the Walt Disney Company. One of the latest efforts saw Disney Channel’s “Shake It Up” choreographer Rosero McCoy and a team from Radio Disney join up with First Lady Michelle Obama to visit military families and their kids at the Jacksonville Naval Air Station. 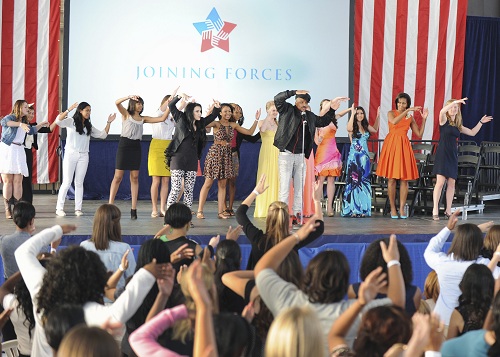 As part of the White House’s Joining Forces initiative, First Lady Michelle Obama, along with Disney Channel’s “Shake It Up” choreographer Rosero McCoy and the Radio Disney Road Crew, visited teen girls from military families at the Jacksonville Naval Air Station on Thursday, April 12. The event featured prom-themed surprises, including McCoy leading Mrs. Obama and the kids in a dance routine to the “Shake It Up” theme song. Disney has a long-legacy of military support and proudly supports the White House’s Joining Forces national initiative, serving America’s military families.

The event at the Jacksonville Naval Air Station is part of that effort. Past efforts have included special Pixar movie screenings at military bases across the country, ABC, ESPN and Disney Channel programming in support of military families, special ticket and room promotions through Disney Parks and Resorts, financial contributions to organizations like the USO or providing time and talent through our Disney VoluntEARs program.