You Totally Rock! Dancing With the Stars Week 4 Recap 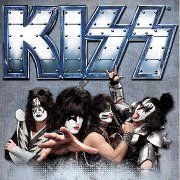 Kiss transformed the ballroom into a rock concert to kick off rock week last night. Hiccups from several couples affected the scores. Here’s how it went…

Donald and Peta shot to the top of last night’s leader board with their paso doble. Wowza. Bruno salivated over shirtless Donald, and Carrie Ann called it one of the most memorable dances of the season. Triple 9s gave the pair a 27.

The judges awarded two couples scores of 9, 8, 9 for a total of 26. Roshon and Chelsie’s Viennese waltz pleased the crowd, and Carrie Ann pleased Roshon by telling him he’s the best male dancer in the competition. Maria ignored the pain of a broken foot to tango with Derek. Carrie Ann loved their chemistry, and Len and Bruno praised her incredible posture.

Sweet and elegant Katherine was almost unrecognizable with the costume and attitude she used for her paso doble with Mark. Len said it had promise but didn’t quite deliver, and they received triple 8s for a total of 24.

Gavin and Karina danced an intense tango. Len liked it, and Carrie Ann compared Gavin to Johnny Depp, but the judges agreed that he has posture issues. Scores of 8, 8, 7 gave the couple a score of 23.

Three pairs tied with a score of 22. The judges loved the performance aspect of Jaleel and Kym’s tango, but weren’t entirely pleased with his technical work. They received scores of 8, 7, 7. Melissa let her inner bad girl out during her paso doble with Maks. Things went wrong at the end when Maks slipped, but Carrie Ann proclaimed it Melissa’s best dance so far, and the couple was awarded scores of 7, 8, 7. Things went wrong in William and Cheryl’s jive, leading to a lecture from the judges on the importance of nailing the routine. They ended up with scores of 7, 7, 8.

Carrie Ann missed Sherri’s usual passion in her tango with Val. Triple 7s put the two near the bottom of the leader board with a 21.

The judges were impressed by Gladys’s effort in her difficult tango. Side note: Tristan looks better with eye makeup on than I do. Scores of 7, 6, 7 landed the couple at the bottom of the leader board with a 20.

Whose mistakes will lead to elimination? We’ll find out tonight!