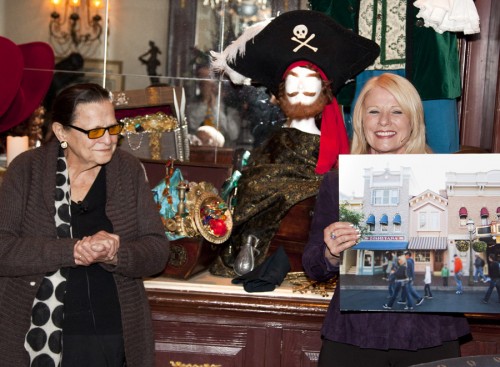 It makes me incredibly happy to hear that Disneyland has finally decided to honor the accomplishements of Alice Davis with a window on Main Street USA at Disneyland. These windows serve as the ‘credits’ to the full experience of the park, Davis’ husband Marc has had a window for a long time and it looks like Alice will get the open space right next to his. A perfect pair if you ask me.

I’ve been writing about the need to correct this injustice since at least 1999. I mentioned the lack of windows for Alice Davis and Mary Blair in the 2nd month of this blog and later added in Lillian Disney as another major oversight. Davis will join Harriet Burns, Cicely Rigdon, and Mary Anne Mang as the fourth woman to be honored with a ‘credit’ on Main Street USA at Disneyland. Let’s hope that number quickly rises to six and higher as the company finally starts to recognize the contributions made by women in their cast, not just the men.

previousAnime Style Ad for Tokyo Disneyland
nextDid They Live Up To Week One? Dancing With the Stars Week 2 Recap