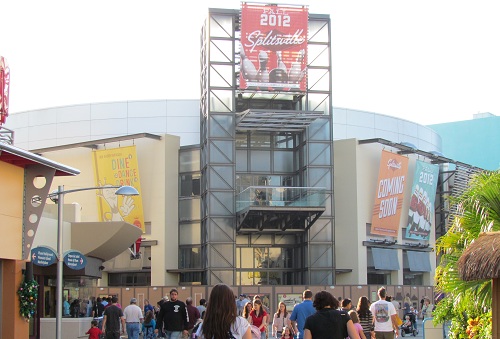 Construction as of Dec 2011

Back in July 2011, Disney announced that a new concept in Bowling alleys would be coming to Downtown Disney in the former Virgin Megarecords Store location. It’s been mostly radio silence since then. For some reason this weekend TBO.com has been reporting the deal like it’s fresh news. Weird, but there are a few new details in the story that answer a few questions. 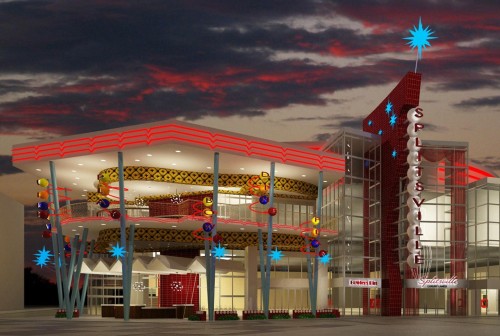 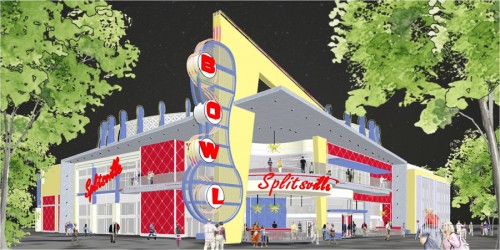 According to the story this has been a three year collaboration between Splitsville and Disney working to refine the theme, menu, prices, format and operating hours so the facility fits in with the rest of Downtown Disney. The location will have two floors with 30 bowling lanes, about 750 seats (including the pods where people sit while bowling), and food offerings will include breakfast (something new for Downtown Disney – unless you count Gospel Brunch) and other popular sharable options.

There will still be a party atmosphere, but Disney has insisted on changes that will make the venue more family friendly. For instance:

To make the bowling more friendly to families visiting the Disney parks, Splitsville dropped its typical format of selling a set number of games. Instead, guests will pay hourly for bowling.

“At a busy bowling alley, you might not know a lane will be open for a couple hours after someone finishes their game — whenever that is,” Revelle said. “At Disney, you’ll know your lane will be available at an exact time.”

Sounds very interesting. I wonder how they’ll make that work. If your food arrives late, will you still be expected to abandon your lane right on the hour? That doesn’t sound like good service to me.

Splitsville is scheduled to open in the fall of 2012. Are you looking forward to this addition to the Westside?