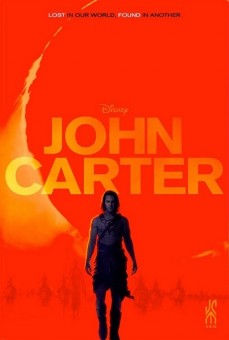 Disney’s John Carter epic adventure film based on the stories of Edgar Rice Burroughs and directed by Pixar director Andrew Stanton has officially opened today. I posted my review of John Carter the other day, but to sum up, Andrew Stanton has done a marvelous job bringing the world Burroughs created to life. You can also watch a ten minute clip from early in the film to whet your appetite.

I hope everyone reading this is planning to head out and see it this weekend to help buoy the opening weekend numbers. It’s facing an uphill battle against the animated film The Lorax now in its second week. If you’re still on the fence, why not take advantage of this special offer from Amazon where you buy one Disney DVD and get a free ticket to see John Carter.

Once you’ve seen the film, please come back and share your opinion in the comments. Then be sure to tell all your friends and family to head out and see it.